She was born in Switzerland to an Italian-Swiss family. When she was four years old, in 1896, the family moved to Argentina, where they lived in difficult conditions, due to her father’s alcoholism and lack of income. He opened a cafe near the Rosario Central railway station, and Storni’s mother opened a small private school in their house, while also working as a seamstress.

Storni attended the Colegio de la Santa Union, in Rosario, and worked in the family’s café and as a seamstress with her mother. At twelve, she started to write poems. After her father’s death in 1906, Storni began to work in a hat factory in Rosario.

At fifteen, she joined a traveling theatre company, and travelled around Argentina for two years, performing in various plays. In 1909, she started attending the Escuela Normal Mixta de Maestros Rurales, a two-year teacher-training program in Coronda, and continued to work as a theatre performer on weekends.

She graduated in 1911, and took a teaching job at an elementary school in Rosario. Later that year, Storni had an affair with a married man, and got pregnant. To avoid becoming an outcast in the small province where she lived, she moved to Buenos Aires, in 1912, where her son was born, on April 21th, 1912.

Around this time, she started contributing poems to local periodicals, and her poem “Anhelos” was published in the magazine Monos y Monadas on January 8th, 1912. As a single mother in a big city, Storni worked at various jobs: as a cashier in a drugstore, as a typist, and as a correspondent for a trading company. Meanwhile, she continued to write the poems that would be later published in her first collection, La inquietud del rosal (1916). 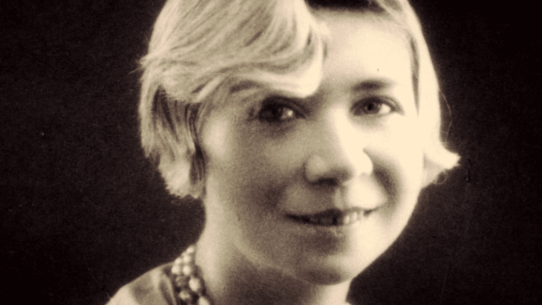 Her first book was greatly acclaimed. In 1917, she received the Premio Anual del Consejo Nacional de Mujeres. On November 9th, 1919, 28-year-old Alfonsina Storni received the Argentine citizenship, and, in 1920, she started working as a regular contributor to the newspaper La Nación, writing short essays (many of which were published under the pseudonym “Tao Lao”).

In 1922, she was awarded the Premio Nacional (Argentine Prize for Literature). Storni also actively took part in the local cultural scene, and became close friends with a number of prominent literary figures in Latin America, such as Gabriela Mistral, Juana de Ibarbourou, and Horacio Quiroga. Together with Emilia Bertolé, Ana Weiss de Rossi, Amparo de Hieken, and Berta Singerman, among others, Alfonsina Storni also became a member of the “Anaconda Association”, founded by Quiroga to promote cultural activities in Argentina and Uruguay. In 1930, she travelled to Spain, to give lectures and read her poetry, and a second trip to Europe followed in 1934.

Despite her literary acclaim, Storni continued to struggle with financial difficulties, and suffered from bouts of depression throughout her life. In 1935 she developed breast cancer and underwent an operation, but without success. Her best friend (and, some say, lover) Quiroga committed suicide in 1937, which was yet another huge blow for her.

On October 22th, 1938, while staying in Mar del Plata for a literary event, she mailed a farewell poem, titled “Voy a dormir” (‘I Am Going to Sleep’) to the newspaper La Nación. On October 25th, 1938, Alfonsina Storni left her room in the middle of the night and threw herself into the sea. Her body was found on the beach later that morning, and popular legend has is that she slowly walked out to sea until she drowned.

Alfonsina Storni is considered one of the greatest Argentine modern poets.

The song “Alfonsina y el Mar” (“Alfonsina and the Sea”) was composed by Félix Luna and Ariel Ramírez in honour of Alfonsina Storni.

This post is a contribution to the project Invisible Cities, hosted by Yamini (shakespeareandspice);  Nicole (nicole is here to learn); Natalie (Curious Reader); Stephanie (time to read!); Michael (Knowledge Lost); Wil (MyBookishEmpire); and Agnese (Beyond the Epilogue)