Thankfully, 2020 has come to an end. So, my loves, let’s look back over the books we’ve read this year and pick our favourites, shall we?

But first, some stats

(If you prefer, you can skip the stats and jump to my retrospective of the reading events in 2020, or to my best reads of 2020.

This year, I’ve read 130 books, comprising a total of 30.239 pages. Although I read 5 books more than in 2019, I read 845 pages less. A similar thing happened last year, which may indicate that I am on a trend to read shorter books. And, once again, I experienced a sharp reading drop between september and october (which I tendo to blame on the end of summer):

As I look back on the books I read in 2020, I noticed that four topics kept coming back throughout the year: new women; passing; cross-dressing; and gender identity. This makes for a better picture than last year, where my most read topics were women struggling; bad marriages; mental health issues/ suicide attempts; and infidelity…

17,7% of the books I read this year were published in the 2010’s (to 25,6% last year), and 13,1% in the 19th century (to 12,8% last year). By publication date, the oldest book I finished this year was very recent, compared to other of my reading years: The Jews’ Beech Tree: A Moral Portrait from Mountainous Westphalia, by Annette von Droste-Hülshoff (Die Judenbuche, 1842).

90% of the books I read were written by women, and this percentage has remained stable for the past five years.

According to WordPress, I published 138 posts in 2020 (to 108 in 2019), and a total of 167,251 words (to 100,493 last year). You should blame lockdown for that – but maybe also the fact that I am no longer writing posts on Instagram (I don’t agree with their lack of transparency, nor with the type of behaviour they induce and encourage, so I see no point in contributing with my words to their existence). I also deleted all my data on Goodreads, and only left behind the list of read books about which I had written here. I am still on Twitter, and will never leave, as long as Book Twitter continues to be this cool, intelligent place that it is. The best community ever. Thank you all book-twitter-folks out there. ❤

Back to the blog. The most viewed post in 2020 was my scarlet letter on Aurora Leigh (1856), followed by my letter on Their Eyes Were Watching God (1937). The countries that visited my blog the most were the United States, United Kingdom, Canada, Australia, Germany, India, Italy, Spain, France, The Netherlands, and Brazil. Thank you, folks, whoever you are out there ❤

A curious fact: the most used search term that led to my blog was “last night i dreamt i went to manderley again.” ❤ ❤

It is also interesting to compare the stats about the books I read & the books I end up talking about on my blog: 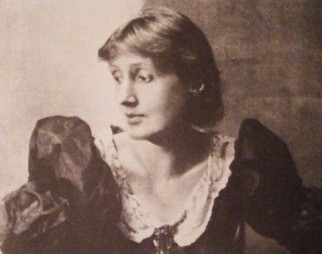 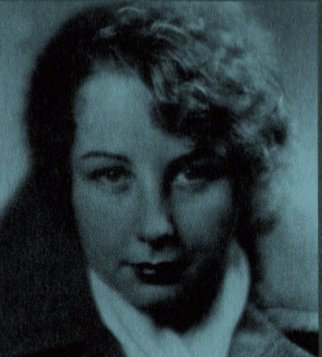 If you are curious about how my reading spreadsheet works, I made a video about it. You can download the spreadsheet here, and read the corresponding blog notes here.

A restrospective of the reading and blogging events in 2020

2020 reading events have saved my soul. The reading year started in a high note with our beloved Japanese Literature Challenge 13, hosted by Meredith. 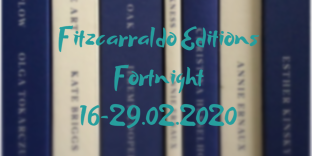 In March, Cathy hosted our beloved Reading Ireland Month, and I read & loved A Struggle for Fame, by Charlotte Riddell (1883). Also in March, we had the Wales Readathon, hosted by Paula, for which I read & loved The Handyman, by Penelope Mortimer (1983).

In April, Simon and Karen hosted The #1920 Club, and I read Chéri, by Colette (1920). In May, we had the amazing SpringAThon, hosted by Natalie @curiousreaderr and Emma @emmawright174, and I read a great selection of books for the event: Spring, by Ali Smith (2019), The Persimmon Tree and Other Stories, by Marjorie Barnard (1943); The Living Mountain, by Nan Shepherd (1977); To the River: A Journey Beneath the Surface, by Olivia Laing (2011); and Life in the Garden, by Penelope Lively (2017).

In June, we had the first Seagull Books Fortnight, hosted by Lizzie (June 1st – 14th), and the #JazzAgeJune, hosted by Laurie and Fanda. Also in June, I had the pleasure to read Gayl Jone’s Eva’s Man together with Jennifer. 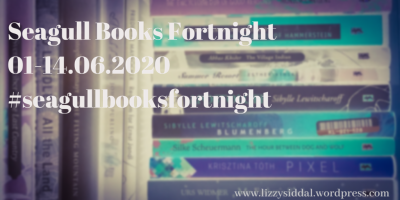 From June 3rd to September 3rd, Cathy hosted one of my favourite reading events, 20 Books of Summer, during which I read: Pale Horse, Pale Rider, by Katherine Anne Porter; Die, My Love, by Ariana Harwicz (2017, tr. Sarah Moses & Carolina Orloff. Original: Matate, Amor, 2012); Tentacle, by Rita Indiana, tr. Achy Obejas; People in the Room, by Norah Lange (2018, tr. Charlotte Whittle. Original: Personas en la sala, 1950); Patience and Sarah by Isabel Miller; and Marriage, by Susan Ferrier. In June and July, I had the pleasure to read Harwicz’s Die, My Love and Alharti’s Celestial Bodies together with Michelle from the blog Michelle das 5 às 7., as well as Emília Freitas‘ A Rainha do Ignoto together with Nádia and Márcia. 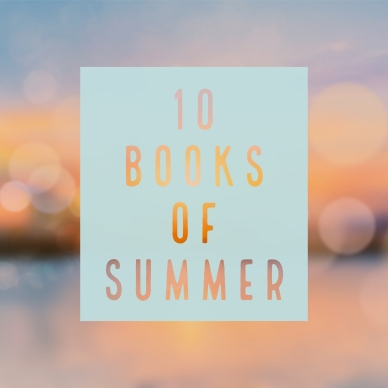 In July and August, we had the beloved Spanish Lit Month, hosted by Stu and Richard, and, in August, our beloved Virago All August, hosted by the Virago Modern Classics Group. 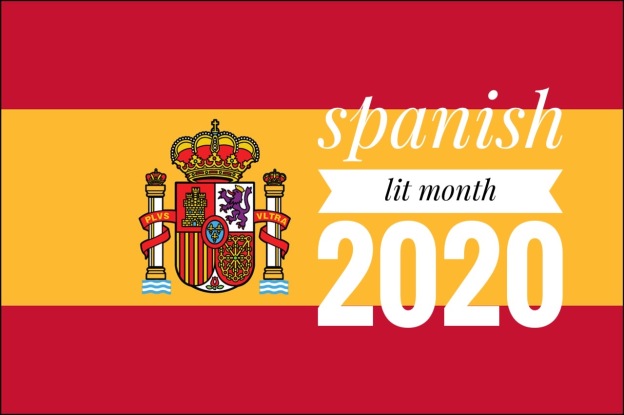 Still in August, Meytal hosted our traditional Women in Translation Month, for which I  wrote a profile & posted a handful of poems by Pakistani poet Sara Shagufta, as well as a scarlet letter on the short story The Path through the Grassland, by Chinese author Ru Zhijuan (tr. Yu Fanqin. Original: 草原上的小路, 1979). Here you can read my Mid-year Check-In. 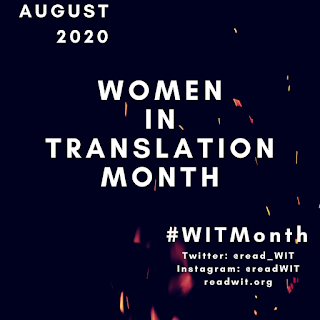 In October, we also had The #1956Club, hosted by Karen and Simon, and I read Every Eye, by Isobel English (1956). October was also time for my beloved Victober, hosted by Kate, Katie, Ange, and Lucy. I read the folowing books: Cassandra, by Florence Nightingale (1852); Her Father’s Name, by Florence Marryat (1876); A Phantom Lover by Vernon Lee (1886); The Romance of a Shop (1888), by Amy Levy; The Half-Sisters, by Geraldine Jewsbury (1848); Pre-Raphaelite Girl Gang: Fifty Makers, Shakers and Heartbreakers from the Victorian Era, by Kirsty Stonell Walker (2020); Further Letters by Mrs. Gaskell, ed. lizabeth Cleghorn Gaskell, J. A. V. Chapple (2000); Ever Yours, Florence Nightingale: Selected Letters, ed. Martha Vicinus and Bea Nergaard (1989); and Our Lady of Hate, by Catherine Lord (2020).

and Nonfiction November, hosted by Rennie over at What’s Non-Fiction, Katie at Doing Dewey, Julie at Julz Reads and Leann at Shelf Aware – and, on Booktube, by Olive (November), for which I read Our Nig, or Sketches from the Life of a Free Black, by Harriet E. Wilson (1859).

From November 11th to December 9th, the Monacensia im Hildebrandhaus in Munich hosted the Blog parade „Frauen und Erinnerungskultur | #femaleheritage“, and I contributed to the event with a post on Six 19th-century Brazilian Women Writers. 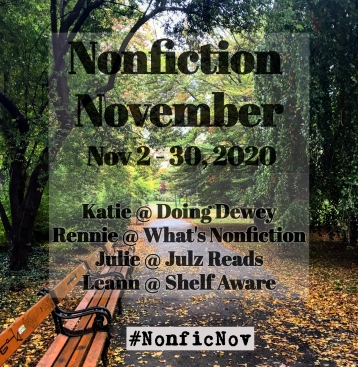 Finally, in December, we had #DiverseDecember, hosted by Naomi, and I wrote about Úrsula, by Maria Firmina dos Reis (c.1859).

As for the year-long challenges I took part in 2020 and my personal reading projects, I wrote a separate post about them here. For fun, you can read about My life in books (meme). And, if you want a glimpse into what I am planning for 2021, you can read all about my reading projects for the coming year here. as well as take a peek at my winter tbr here.

And now, on to my favourite section of this post:

The good, the bad, and the ugly

Best novels (in no particular order) 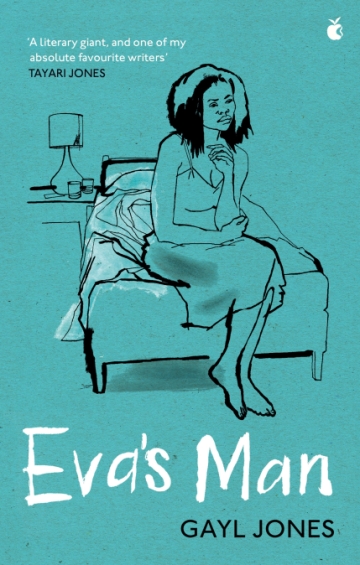 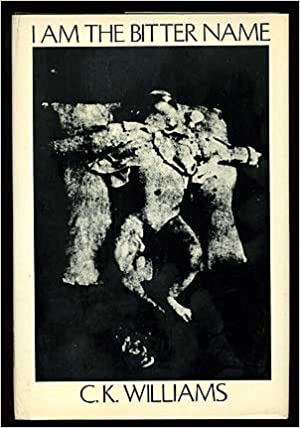 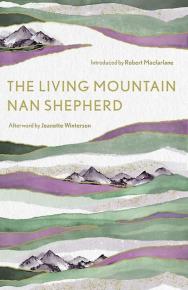 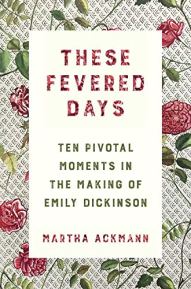 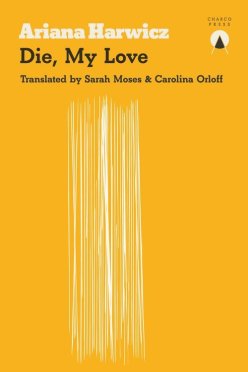 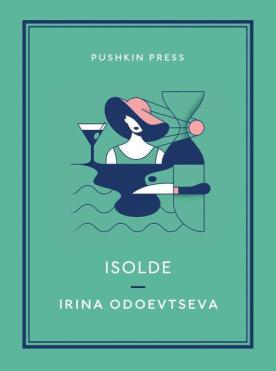 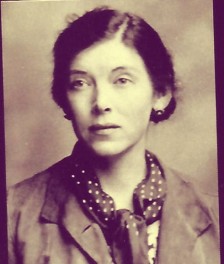 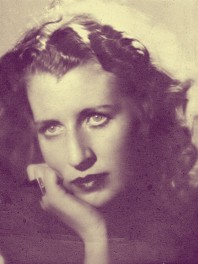 Bookish highlights of the year 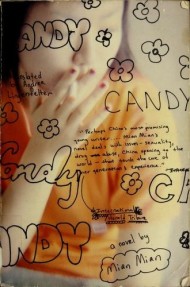 Thank you for reading and commenting on my blog. Our blogging community is a source of joy to all of us. May the new year be gentle on us; may we be generous towards one another.

I’ll be signing off now, folks. I wish you all a Happy New Year, and I leave you with a poem by our beloved Emily Dickinson:

That is solemn we have ended,—
Be it but a play,
Or a glee among the garrets,
Or a holiday,

Or a leaving home; or later,
Parting with a world
We have understood, for better
Still it be unfurled.

5 thoughts on “That is solemn we have ended,”