When she was six, Jewsbury and her family moved to Manchester. Her mother died in the following year, in 1819, when Jewsbury was seven, and Geraldine was brought up by her elder sister, the writer Maria Jane Jewsbury. Geraldine attended a boarding school kept by the Misses Darbys at Alder Mills near Tamworth, Staffordshire. At sixteen, while summering in Wales with her family, she met (and grew to admire) the poet Felicia Hemans, who was close friends with Geraldine’s sister Maria Jane.

From 1830 to 1831, Geraldine lived with her sister in London, where she continued her studies and perfect her knowledge in German, French, Italian, and drawing. After Maria Jane got married in 1832 and departed to India (where she would then die from cholera in 1833), Geraldine nursed their father and managed his household until his death, in 1840. From 1840 until his marriage in 1853, she lived with her brother Frank and managed his household.

During this period, Geraldine started suffering from depression and began to question her religious and spiritual faith, a topic that would resurface in her novels, particularly in her debut, Zoe (1845), where she more sharply expressed her critique of organised religion.

After reading an essay by Thomas Carlyle at the end of 1839, Geraldine wrote to him, in 1840, seeking advice about her literary career, as well as about her spiritual questions. They started corresponding and she was invited to his home in London, where she finally met him and his wife, Jane Welsh Carlyle, in 1841. After this first meeting, Thomas wrote that Geraldine was “one of the most interesting young women I have seen for years; clear delicate sense and courage looking out of her small sylph-like figure.”

This was the start of Geraldine’s passionate and life-long intimate relationship with Jane, who would grow to become the closest and deepest relationship of her life. In a letter to Jane from 1841, Jewsbury declared: “I love you my darling, more than I can express, more than I am conscious of myself.” In another letter from the same year, Geraldine wrote: “I think of you very often; indeed, you are scarcely ever out of mind.” Jewsbury moved from Manchester to Chelsea to be near Jane, in 1854, and they were together for 25 years, until Jane’s death, in 1866. Geraldine nursed Jane through periods of illness, and Jane helped edit Jewsbury’s first two books. Jane Carlyle wrote in 1854 that Geraldine was “the most intimate friend I have in the world”. Virginia Woolf wrote about them in the essay “Geraldine and Jane”, published in The Times Literary Supplement on February 28th, 1929.

When consulted by Froude, who was writing his biography of Thomas Carlyle, Jewsbury told him that Carlyle was “one of those persons who ought never to have married”, and that Jane had at one time thought about having her marriage legally annulled. Geraldine also maintained that Jane had confided to her on one occasion that Thomas had used physical violence against her.

Geraldine never married, and had close romantic relationships with men and women. After the publication of Zoe (1845), she started to correspond with a man known only as ‘Q’ in her letters. He visited Manchester, the two began an affair, and Geraldine considered accepting his marriage proposal, but Jane Carlyle opposed their relationship, describing ‘Q’ as a “very good-natured, somewhat chicken-hearted fellow”. Jewsbury eventually declined his proposal.

Around 1846, she began an affair with the American actress Charlotte Cushman, who inspired the character Bianca in her novel The Half Sisters (1848). In 1847, Geraldine proposed marriage to Charles Lambert, but he moved to Egypt, converted to Islam, and refused her proposal because he feared that taking a European wife would “ruin his reputation”. She dedicated her novel Marian Withers (1851) to him.

After seeing Helena Faucit Martin perform many of Shakespeare’s heroines in the mid 1840’s, Geraldine fell in love with her, and the two started corresponding. In 1856, Jewsbury met the explorer Walter Mantell, with whom she started a passionate relationship. He declined her marriage proposal, but the two continued to correspond. Jane was always deeply jealous over Jewsbury’s affairs with men and women.

With the Carlyles’ help, Geraldine published her first novel Zoe: The History of Two Lives (1845). The novel had been previously rejected by a publisher, but was an immediate success, and was soon followed by The Half Sisters (1848). In 1850, Charles Dickens invited her to write short stories for his periodical, Household Words. In the following year, she published her third novel, Marian Withers (1851), followed in close succession by two novels for children, The History of an Adopted Child (1852) and Angelo, or, The Pine Forest in the Alps (1855), and three adult novels, Constance Herbert (1855), The Sorrows of Gentility (1856), and Right or Wrong (1859).

She also worked as reader for publishers such as Bentley & Sons and Hurst and Blackett, and wrote articles and book reviews in the Athenæum and the Westminster Review. When Lady Morgan (Sydney Owenson) was working on her Memoirs, Jewsbury also worked as her personal secretary.

In a letter from July 26, 1855, Elizabeth Barrett Browning wrote to Geraldine: “We come to England, & besides your ‘Adopted Child’, I find ‘Constance Herbert’to welcome me .. which I have been reading ever since,—between people’s heads & over their shoulders, in this great jam of London society– Thank you, thank you– Take the thanks all in a heap .. (for I am confused & confounded you see! Can one tumble down Niagara & go on talking grammatically?) but if I could divide & analyse I should explain that I meant to thank you for me and for the public .. & for me, in a twofold manner, once for your generosity as a giver, & secondly for your nobleness as a writer. Thank you, thank you, thank you. We are here, dear Miss Jewsbury, for at least two months .. till the end of september, if the weather will let us .. and I long .. oh, I long .. to have the hope of the sight of your face meantime. My husband, being more ambitious still, covets another “tramp”. Tell me if there is a chance for us–”

Elizabeth Barrett Browning wrote in another of her letters: “And, do you know, I was much taken, in London, with a young authoress, Geraldine Jewsbury. You have read her books. There’s a French sort of daring, half-audacious power in them, but she herself is quiet and simple, and drew my heart out of me a good deal.“

Geraldine was an advocate for equality between men and women in marriage, as well as for the education of women and of the working classes. In 1855, she signed a petition demanding reform of the law governing married women’s property, and supported the movement that led to the Married Women’s Property Acts of 1870 and 1882.

In a letter to Jane from 1849, she wrote: “I believe we are touching on better days, when women will have a genuine, normal life of their own to lead.  There, perhaps, will not be so many marriages, and women will be taught not to feel their destiny manque if they remain single.  They will be able to be friends and companions in a way they cannot be now.  All the strength of their feelings and thoughts will not run into love; they will be able to associate with men, and make friends of them, without being reduced by their position to see them as lovers or husbands.  Instead of having appearances to attend to, they will be allowed to have their virtues, in any measure which it may please God to send, without being diluted down to the tepid ‘rectified spirit’ of ‘feminine grace’ and ‘womanly timidity’-in short, they will make themselves women, as men are allowed to make themselves men. (…) I do not feel that either you or I are to be called failures. We are indications of a development of womanhood which as yet is not recognised.”

She was very critical of Thomas Carlyle’s opinion that a woman’s sole aim in life was to “find herself some sort of man her superior—& obey him loyally.” To him, Jewsbury wrote: “True enough, the difficulty is to find a man who can be our master. We desire nothing better than to obey one wiser & stronger than ourselves—we set up an idol and hope it will rule us like a true god. But when it cannot & does not—we fling it down & break it to pieces to mend the roads withal. It is not women who fail in docility but the men who are not high enough to rule.”

However, Jewsbury was also very critical of the suffrage movement: “Why cannot women make themselves into natural human beings without talking of it till they grow ugly? Nobody hinders them except their own absurd and bitter clatter & gossip about each other—Men don’t hinder women half so much as women hinder each other & these emancipating women (all I have seen) look as though they never cared for anybody more than themselves.” She thought that change would only come if women were able to unite and act together, and that men and women should be judged on equal terms.

Her health started to deteriorate in the early 1860’s. She started to have difficulty with reading, suffered from poor eyesight and neuralgia, and had a nervous breakdown in 1868. In 1874, she was granted a Civil List pension of £40 a year “in consideration of her services to literature“.

In 1878, Jewsbury was diagnosed with cancer. Two years later, in 1880, she destroyed all but one of Jane Carlyle’s letters to her, and moved to a nursing home for invalid ladies in London. Geraldine Jewsbury died of cancer on 23 September 1880. 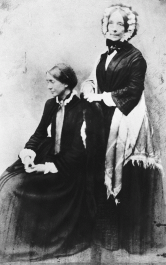 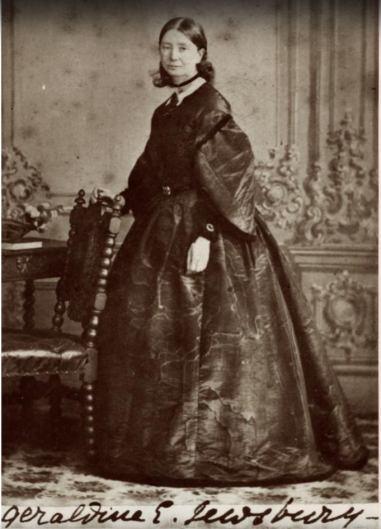