Born to a wealthy Jewish family in The Netherlands, Dola had two brothers. She owes her name to her older brother Hans, who changed Dorothea (or Dora) into Dola. Her mother, German by birth, was in poor health, so Dola often stayed with an ‘aunt Mathilde’ in Haarlem. Her mother died when Dola was five years old.

As a child, Dola dreamt of becoming a ballet dancer, but her father thought that was “too frivolous” for a girl of her class, and wanted to send her to a finishing school for young ladies in Lausanne – against which she rebelled. Journalism was a compromise, and Dola took an unpaid student internship at a local newspaper, the Nieuwe Arnhemsche Courant.

in the early 1930s, Dola moved to Amsterdam, where she took dance lessons with Lili Green. She became a professional dancer and was a member of the Royal Dutch Ballet for eight years. Dola toured the Netherlands with the Yvonne Georgi Ballet, and her writing career began as a way to earn some extra money. She started to work as a freelance journalist and wrote for girl magazines under the pseudonym Sourit Ballon.

Slowly, she built up a career as a writer, and published several children’s books. In 1939, she published her first novel, Dans om het hart (Dance for the Heart, 1939), about the Amsterdam dance world.

Feeling, however, that the Netherlands was no longer safe for Jewish people, Dola fled the country for Tangier, Morocco, in April 1940. Dola was already blacklisted as a Jewish author in the Netherlands.

In Tangier, she married her first husband, the painter Jan Hoowij, on May 9, 1940. She telegraphed the news to the Netherlands and also received a telegram from her father and stepmother. The next day, the young couple was awakened with the news that the Germans had invaded the Netherlands. The telegram she received for her marriage was the last thing she heard from her family. Her father, stepmother, and one of her brothers stayed in The Netherladns and died in Sobibor. Her other brother was imprisoned in The Netherlands and survived the war.

In Tangier, Dola opened a dance studio in Hotel Valentina and started a ballet school for children. Later, the father of one of her students helped the couple to get a Visa to move to the United States. In June 1941, the couple left for New York, via Lisbon. They settled in New York City, where de Jong would live for most of her life. She became an American citizen in 1947. Later, she divorced Hoowij and married Robert Joseph. They had a son, Ian, in 1951.

De Jong wrote for Dutch magazines, worked for the radio and acted as a literary agent for American publishing houses, leading to the US publication of Anne Frank, Hugo Claus, Jan Cremer, Jef Geeraerts and Jan Wolkers, among others. Dola de Jong wrote children’s books, novels, short stories, as well as published travel pieces for De Telegraaf, Het Vaderland, De Groene Amsterdammer and Algemeen Handelsblad, among other newspapers and periodicals.

In 1945, she published a novel about war refugees, The Field is the World, which was inspired by her stay in Tangier. Two years later, the novel was published in Dutch as En de akker is de wereld, and was awarded the City of Amsterdam’s Literature Prize (the forerunner of the Multatuliprijs) in 1947.

Dola was nominated for the Edgar Allan Poe Award for the thriller The House on Charlton Street (1962), and later won the Edgar Allan Poe Award for the mystery novel The Whirligig of Time (1964), which she later translated into Dutch as De draaitol van de tijd (1965). Many of her children’s books originally published in the United States have also been translated into Dutch, such as Begin maar opnieuw (1961), Het geheimzinnige huis (1962) and De ander en jezelf (1963).

During the 1980s, she started to have heart problems, and was diagnosed with cancer of the bone marrow in 1995. She left New York in 1995 to live in a nursing home in Laguna Woods, California, not far from her son Ian. 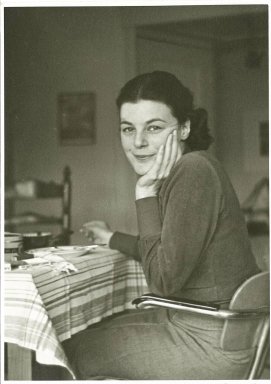