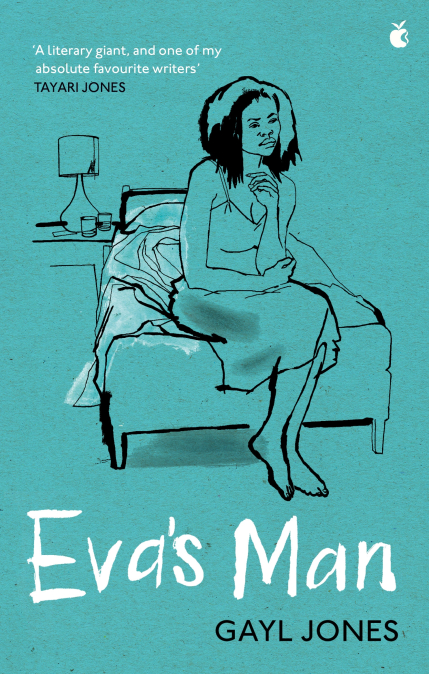 In Eva’s Man (1976), we follow Eva Medina Canada, a 43-year-old woman who has been convicted for murdering her lover, Davis Carter, by poisoning him with arsenic. As the book begins, Eva, incarcerated in a psychiatric prison, is telling us her story. We are thrown right in the middle of it in the first sentence: “The police came and found arsenic in the glass, but I was gone by then”.

When they find Eva, she has come back to the apartment, her hair is uncombed, like a Medusa, and to everyone she looks like a wild, savage woman, possibly a whore. As it turns out, after murdering Davis, Eva bit off his penis and wrapped it in a silk handkerchief.

It has now been five year since it all happened and no one in the psychiatric prison has managed to get a word out of her on why she has done it. She is telling us her story, or she is telling it to herself, or to an invisible interlocutor. We don’t know. We are trapped inside her mind, as it is turning over the same set of events, which are constantly mirroring each other in an unsettling permutation.

From the scene of her arrest, in first person narration, Eva takes us back to incidents throughout her life that led up to Davis’ murder. Her story weaves back and forth between her childhood, teenage years, early adulthood, and the present time, juxtaposing different forms of abuse she has experienced: the little boy who stuck a popsicle stick inside her vagina when she was five; a molestation by her mother’s lover; the ongoing harassment by her cousin; sexual advances by the daughter of a family friend; the violent jealousy of her much older husband who insisted on removing the phone from their home so that she would not call eventual lovers; an assault by a stranger whom she later stabs with a pocketknife, outside a restaurant, to ward off his advances; a lover who refuses to let her comb her hair or leave the house.

The list of abuse is endless, and at one point all men end up mingling with one another, as if they were everyman (or as if Davis had come to stand for all the others) and Eva were any woman, everywoman – a Medusa, a temptress, the biblical Eva falling from grace, a queen bee.

This figure, in particular, recurs throughout the book. Eva remembers listening to conversations between her mother and Miss Billie, where they talked about “the queen bee”, a woman who is irresistible to men but kills her sexual partners. At the same time, in such conversations, Eva’s mother and Miss Billie describe men as bees who sting women: “‘Mama, where does the bee sting?’ ‘Your heart,’ Mama says. ‘Down in your draws,’ says Miss Billie. Is your heart in your draws?”

When Eva is a child, the “queen be” seems to be embodied in a neighbour seen as a whore, but later in the book the figure collapses into Eva herself: we don’t know whether the queen bee is a figment of her imagination, a distorted memory, a trick of light, a real person, an idea.

Throughout the book, Eva’s memories intertwine and supersede one another, shuffling the people and blending the events, shifting from one scene to another, in a circular way, as if we were trapped in a tornado of dreams, fantasy, distorted memories, incidents from Eva’s earlier life, and Davis’ murder  – and as if this final act of violence were repeating itself under different lights. From one line to another, Eva’s memory seems to be jumping between past and present, dream and reality, and some images and lines of dialogue recur in layers, transposed to different moments and different people, spinning in repetition like a scratched disc.

We have snatches of conversation between Eva and her cellmate Elvira in prison, as well as the prison psychiatrist’s failed attempts at making Eva speak, harassing her with questions and suppositions. She remains silent, offers no explanation, and even warns him not to try to explain her: “Don’t explain me. Don’t you explain me. Don’t you explain me”, as if you were refusing to let Eva be normalised, explained away, caught in their logic, their labels, neutralized.

The mingling of fact and fantasy grows in a crescendo as Eva descends into insanity, in ever more fragmented sections in which all dialogue drops away into solipsism, and all the voices and events in her life seem to collapse into one another, culminating in … an orgasm: in a scene that borders on another form of abuse while also hinting at a form of redemption, Eva is brought to orgasm by her cellmate Elvira, who echoes the abuses of the male characters, climbs in Eva’s bed without her consent, until she stops resisting: “‘Tell me when it feels sweet, Eva. Tell me when it feels sweet, honey.’ I leaned back, squeezing her face between my legs, and told her, ‘Now’”.

Who is the queen bee of whom here? Your Eva is a vortex of brutality and tenderness, a pathological mind, a stinging creature of unexpected honey, a monster outside our taxonomy.

“Is This the savage woman?”

They stare me in my eyes. – Gayl Jones, Eva’s Man

“My breasts are rocks that turn to bread and then to milk. Blood is inside my breasts. What would you do if you broke bread and blood came out?” – Gayl Jones, Eva’s Man