Can one violate a memory by trying too hard to remain loyal to it? At the beginning of your novella Olivia (1949), you offer us your tale as the unfolding of the soul of a sixteen-year-old girl.

The novella, narrated by a English boarding student, centres on the protagonist’s crush on one of the school’s headmistresses – and you set out to tell the story not from the point of view of a mature woman who knows now what she had not been able to understand then; nor from the point of view of the audience at large, who would tend to treat the girl’s crush either as a joke or as something to be ashamed of; but, rather, you tell the story from the girl’s point of view itself (or from what the mature woman wants to preserve from it). The choice of narrative point of view is a key here, and its change will have a slightly different effect in the 1951 film adaptation, directed by Jacqueline Audry.

The book starts with the narrator telling us that she is about to make a writing tribute to her first love, peeling off the layers with which time, literature, and experience have covered it. Then, she briefly conveys her family life and her initial studying years at a strict Christian school, right before she was transferred to a finishing school near Paris. The film adaptation, on the other hand, starts directly with the arrival of our eponymous Olivia at a French boarding school for girls, run by two single middle-aged women, Mlle Julie (who is based on your teacher Marie Souvestre) and Mlle Cara (based on Souvestre’s partner, Caroline Dussaut).

Unlike Olivia’s previous school (which reminded me of the Prussian school in Mädchen in Uniform, a 1931 film adaptation you mention in your letters to Gide as a source of inspiration), the new one offers a freethinking, artistic, and entirely female environment with few rules, where the girls are encouraged to form their own opinions and enjoy passionate conversations about art and literature, topped with wine and good food. However, we can sense a dark undercurrent running beneath the school’s happy, care-free atmosphere.

Like Olivia, we soon discover that the girls are divided into two opposing groups, each pledging allegiance either to Mlle Cara or to Mlle Julie. At the beginning, our Olivia is wooed by Cara with attention and sweets, but the girl is soon won by Julie with a fireside reading of Racine’s Andromaque, short trips to art galleries, intense glances, and subtle hand touches. Mlle Julie reminded me a little of Muriel Spark’s Miss Jean Brodie: there is something both charming and repulsive in the way she provokes her girls’ affection.

We also have a hint that the relationship between the two headmistresses may involve more than friendship – they may have been lovers, and something may have turned sour. The relationship is now disintegrating. In the book, through the account of the Italian teacher, we have a sense that the German mistress may have been the culprit of such disintegration (but then, later, we start to doubt the reliability of the Italian teacher herself). In the film, on the other hand, we have a stronger sense that Mlle Julie may have been unfaithful (she is often seen coming back late from Paris…), or that Cara may be jealous of the attention her partner gets from the students. Both in the novella and in the film, we are given a toxic mixture of jealousy, envy, and resentment. 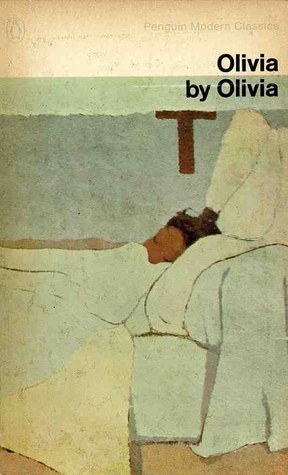 In the book, centred on the first person narrative, we have a clearer sense that Olivia’s point of view is not entirely reliable: our protagonist is too inexperienced to really understand what is going on between the two headmistresses; and, more importantly, Olivia’s way of seeing Mlle Julie is heavily influenced by her adolescent crush on her. While, in the book, the character of Mlle Julie disappears under Olivia’s passion for her (we can never see the source of this passion first hand and from a different perspective); in the film, Mlle Julie is given free rein to reveal in her own words her charm and allure.

Through the fog of Olivia’s mind in the book, we gather that Cara may be plotting against Julie, and that the German teacher may be machinating to take power behind their backs. Olivia is too enraptured by Mlle Julie to be able to see things with some degree of clarity – and, though the book is narrated from the standpoint of a more mature Olivia, we never get more enlightened about the nature of Cara and Julie’s dispute. The tone of the book is highly confessional, as if the narrator were trying to rekindle in herself (and in her readers) her adolescent rapture.

Though sex is never mentioned, the book is crossed through by eroticism and by Olivia’s indefinite desire: she aches for her teacher’s presence and cherishes Julie’s slightest touch. At Mlle Julie’s promise that she will come to Olivia’s bedside and ‘bring her a sweet’, we cannot help but feel that something disturbing may be going on. However, our unease does not come from the relationship between teacher and student in itself, but from our inability to define it: due to the fact that Olivia’s point of view is never reliable, we can never really know whether Julie really loved her student, or whether the teacher may simply be using her allure to manipulate her pupils; and we can never know the nature of this manipulation, whether it is a sexual one, or a dispute for power and attention against Cara, or both.

We also have a sense that the narrator, from her more mature point of view, holds the answer to our unease, but is unwilling to fully disclose it – as she has told us at the beginning of the book, she wants to describe the events as she has felt them at sixteen, without tainting them with everything that she knows now as an adult. She is struggling not to “profane such a pure and cherished memory.”

In the film, however, we are given a clear sense that Julie is skilfully manipulating her students’ affections and having simultaneously affairs with many of them. At the Christmas party, she kisses another pupil on the neck in front of everyone, almost like a lesbian vampire, as if to arouse Olivia’s jealousy (in the book, this plays out as a slight kiss on the shoulder). As in a game of seduction and betrayal, Mlle Julie then promises to visit our protagonist in her bedroom later (but never comes).

The lesbian element is more evident in the film than in the novella, and it is easy to see why Audry’s Olivia was released in the United States with the title The Pit of Loneliness: the title meant to remind the audience of Radclyffe Hall’s notorious lesbian novel The Well of Loneliness (1928), as well as of Anatole Litvak’s Oscar-winning noir film The Snake Pit (1948, IMDb).

The slightly sinister power dynamics between Cara, Julie, and the German teacher is also more evident in the film, where Cara is even portrayed as a kind of Brontë madwoman in the attic, whose presence is more felt than seen. The film ends on a more positive note than the book, and leaves open some of the questions you were very careful not to rise in the novella. Is Julie playing with her pupils to arouse Cara’s jealousy? If so, why? Does she want to drive Cara to madness (and, possibly, to suicide)? Or does Julie feel suffocated by Cara’s obsessive feelings and is simply looking for a distraction in her pupils? What kind of hold does the German teacher have on Mlle Cara? In the end of the story, do we have an accident, a suicide, or a murder? In this case, who could be the murderer? What could have been her motivation?

And here we return to the question of point of view. Due to its narrative choice centred on Olivia’s voice as a teenager, the book takes an inner plunge, drawing us into the girl’s emotional turmoil. While the novella centres on Olivia’s sexual awakening and on her passion for her teacher, the film takes an outer (and wider) look at the situation surrounding her. Much more than the girl’s feelings, the film focuses on the dispute between Cara and Julie – and, ultimately, on the ambiguous, slightly predatory nature of the love relationship between teacher and pupil. In a way, the film does precisely what the book had set out not to do: it desecrates a memory. But, by doing so, the film enriches it.

“How hard it is to kill hope! Time after time, one thinks one has trodden it down, stamped it to death. Time after time, like a noxious insect, it begins to stir again, it shivers back again into a faint tremulous life. Once more it worms its way into one’s heart, to instil its poison, to gnaw away the solid hard foundations of life and leave in their place the hollow phantom of illusion.” – Dorothy Bussy, Olivia

“The world, I know, is changing. I am not indifferent to the revolution that has caught us in its mighty skirts, to the enormity of the flood that is threatening to submerge us. But what could I do? In the welter of the surrounding storm, I have taken refuge for a moment on this little raft, constructed with the salvage of my memory. ” ― Dorothy Bussy, Olivia

“And now I understood that it was that difference that I wanted.” ― Dorothy Strachey, Olivia

“[…] we knew well enough that we were not dancing with each other, that one of us was clasping, the other being clasped by the phantom of her own dreams.” ― Dorothy Strachey, Olivia