Born into an affluent New York family, Edith was educated at home by private tutors and governesses. When Edith was four years old, the family moved to Europe, and they spent the next six years traveling throughout Italy, Spain, Germany, and France. Edith became fluent in French, German, and Italian, and was tutored in literature, philosophy, science, and art.

From an early age, she was a voracious reader, but her mother didn’t allow her to read novels. Wharton said that she “read everything else but novels until the day of my marriage.” According to Wharton’s biographer Hermione Lee, Edith read most of the books in her father’s library (even against her mother’s wishes), which included authors such as Louisa May Alcott, Mark Twain, Rhoda Broughton, Herbert Spencer, Charles Darwin, Friedrich Nietzsche, Daniel Defoe, George Eliot, John Milton, Thomas Carlyle, Victor Hugo, Jean Racine, Thomas Moore, Lord Byron, William Wordsworth, and John Ruskin. In her youth, one of Edith’s favourite books was Lewis Carroll’s Alice in Wonderland (1865), and she later developed a passion for Walt Whitman’s poetry.

In 1877, when Edith was fifteen, she wrote a novella, Fast and Loose. In 1878, a collection of her poems, Verses, was privately published by her father. Wharton then published a poem under a pseudonym in the New York World, in 1879, and published five poems anonymously in the Atlantic Monthly, in 1880. Her family, however, strongly disapproved of her name appearing in print.

Educated to marry and to be a housewife, a socialite, and a hostess, Edith made her debut in society in 1879. In 1885, at twenty-three, she married a wealthy Boston banker, Edward Wharton, who was twelve years her senior. Theirs was not a happy marriage: her husband was mentally ill and an alcoholic, had no profession, and lived off their inheritances and her income. During the twelve years between her wedding and the publication of her first book, Edith was almost constantly ill, suffering from asthma, fatigue, flu, headaches, and depression.

In the 1890’s, Edith continued to contribute with a few poems and stories to various magazines, such as Harper’s and Scribner’s, but, crushed by a conflict between her role as a socialite and that of a professional writer, she did not publish her first book of fiction until she was in her late thirties.

In 1897, Edith published a book on design and interior decoration, The Decoration of Houses, in collaboration with the architect Ogden Codman, Jr. This was followed by two short-story collections, The Greater Inclination (1899) and Crucial Instances (1901).

Finally, in 1902, Wharton published her first novel, The Valley of Decision, and, in 1905, she won great critical acclaim with the novel The House of Mirth. In the next three decades, she would go on to publish more than fifty books, including novels, short stories, novellas, essays, travel books, ghost stories, literary and cultural criticism, war reports, poetry, and a memoir.

In 1908, while living in France, Edith started a love affair with the journalist Morton Fullerton, who was three years her junior and was also conducting several long-term relationships with other women as well as with men. According to Wharton’s biographer Shari Benstock, this relationship, which lasted for three years, marked Edith’s sexual awakening. Edith was forty-six years old. During her affair, she kept a special diary, called “L’Ame Close”, where she wrote love poems for Fullerton.

By that time, Wharton’s husband was suffering from constant mood swings between depression and mania, and had also had several love affairs. To make matters worse, Edith discovered that he had embezzled $50,000 from her trust funds to house one of his mistresses. In 1911, they separated and, in 1913, after twenty-eight years of marriage, she sued for divorce.

That same year, after her divorce and after the end of her affair with Fullerton, Wharton recorded a dream:

“A pale demon with black hair came in, followed by four black gnome-like creatures carrying a great black trunk. They set it down and opened it, and the Demon crying out, ‘Here’s your year—here are all the horrors that have happened to you, and that are still going to happen!” dragged out a succession of limp black squirming things and threw them on the floor before me…I knew what they were: the hideous, the incredible things that have happened to me in this dreadful year, or were to happen to me before its close; and I stared, horror-struck, as the Demon dragged them out, more and more, till finally, flinging down a blacker, hatefuller one, he said laughing, ‘There—that’s the last of them.’

“The gnomes laughed too; but I, as I stared at the great black pile and at the empty trunk, I said to the demon, ‘Are you sure it hasn’t a false bottom?’”

When World War I started, Wharton devoted much of her time in assisting refugees in France and Belgium, raising money for their support, traveling to the front lines, and setting up shelters.

Wharton was a close friend of Henry James, whom she described as “perhaps the most intimate friend I ever had, though in many ways we were so different“. She was also friends with André Gide, Sinclair Lewis, Vernon Lee, and Jean Cocteau. Edith was deeply conservative, opposed socialism and woman suffrage, and was a supporter of French imperialism.

Gore Vidal and Anita Brookner are among her admirers. 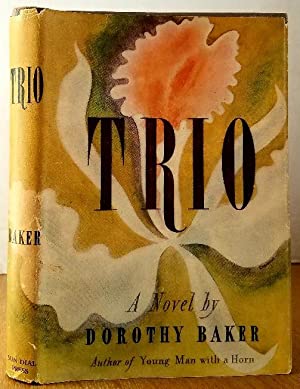