Born in Oxfordshire, Maria moved to Ireland with her father, when she was five years old, after her mother’s death. She attended a girl’s school in Derby in 1775, and tranferred to London in 1780, after her father’s second wife died. As the eldest daugher, Maria returned home in 1782, to take care of her younger siblings. She was home-tutored in law, economics, literature, and science, and began a lifelong academic collaboration with her father, who became her literary adviser.

She also assisted him in keeping accounts, dealing with his tenants, and overall managing the family estate, where she would live for the rest of her life. Encouraged by her father, Maria started writing stories for her siblings, and later published them, in 1796, in the collection The Parent’s Assistant. Her father’s third wife, a year younger than Maria, became her lifelong confidante.

Edgeworth never married. After her father’s death, in 1817, she devoted herself to the estate, where she tried to improve the living standards of the poor, provided schools for the local children, and worked for the relief of the famine-stricken Irish peasants during the Irish Potato Famine (1845 – 1849).

In the early 19th century, Edgeworth was one of the most commercially successful novelists in Britain, and used her income to help her family. She was made an honorary member of the Royal Irish Academy in 1837. Admirers of her work included Austen, Byron, Stendhal, Turgenev, Trollope, and Thackeray, and she was friends with Sir Walter Scott.

Edgeworth used her fiction to express her opinion on controversial issues of her day, combating the caricatured Irish representations, supporting Catholic Emancipation, advocating for the right of girls to be equally educated together with boys, as well as for greater participation in politics by middle class women. 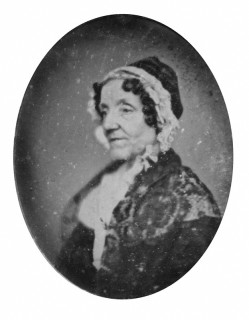