Winter (2017) is a novel full of the ambivalence embodied in this season: the dying of light that is also a promise of new light. 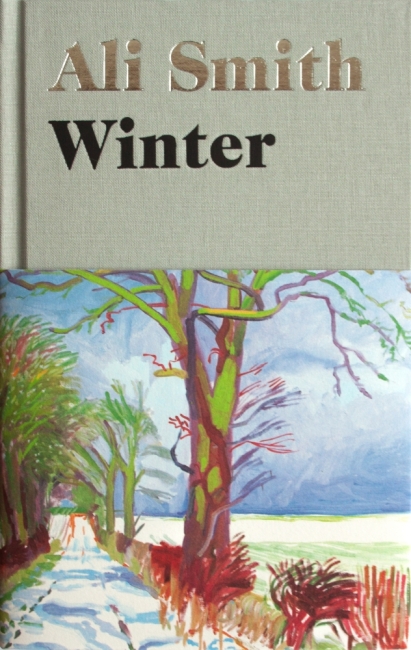 The book opens with a nod to Dickens: “God was dead: to begin with.” We are in the dead of winter, and we are given a list of dead things: chivalry, romance, culture, poetry, jazz, history, hope. Then, the novel jumps to a scene where a woman is being haunted by the floating, disembodied head which, throughout the story, mutates into different forms – a child, a legend, a sculpture by Barbara Hepworth.

At this point, you zoom in on the woman: is she having an hallucination? Or is it just a floater in her eye? Is she becoming blind? She is Sophia Cleves, a retired businesswoman in her late sixties, alone in her large house in Cornwall. It’s the Christmas of 2016, and, against her best wishes, her family is coming for a reunion.

Her son Art has just been dumped by his girlfriend, Charlotte, who has taken up his twitter account, intent on ruining his online reputation. He runs a nature writing blog, ‘Art in Nature’, but everything he writes is more or less fake. His real job involves reporting artists to a multinational corporation for copyright infringement.

Unwilling to tell his mother about his broken relationship, Art hires a stranger he meets on a bus stop to impersonate his ex-girlfriend over Christmas. Lux, a Croatian student living in England, is the outsider who will speak the truths everyone is avoiding to confront – and she will even bring about Sophie’s reunion with her estranged sister, Iris, a lifelong activist. Lux will shine a light into this family’s fractures: “A coming back of light was at the heart of midwinter equally as much as the waning of light.”

We have here a perfect picture of Christmas: family gatherings (with its inevitable conflicts), hospitality to strangers (or the lack thereof), and a faint promise of new beginnings (with the painful endings they also imply). But we having something else, too: the Cleves’ conflicting political visions and worldviews mirror the ones diving contemporary England over Brexit. Much like the country, the Cleves find a commonplace ground in their shared past and memories.

The narrative flashes back and forward between past and present, and throughout the book, like the floating head haunting Sophie or the rock Art sees hanging over their heads, we have the shadow of Brexit: everyone is angry with everyone else, “and the government we’ve got has done nothing to assuage it and instead is using people’s rage for its own political expediency.” Past and present mingle, and a character’s reference to Shakespeare’s Cymbeline (a play “about a kingdom subsumed in chaos”) seems to be speaking to us now: “it’s like the people in the play are living in the same world but separately from each other, like their worlds have somehow become disjointed or broken off each other’s worlds”. 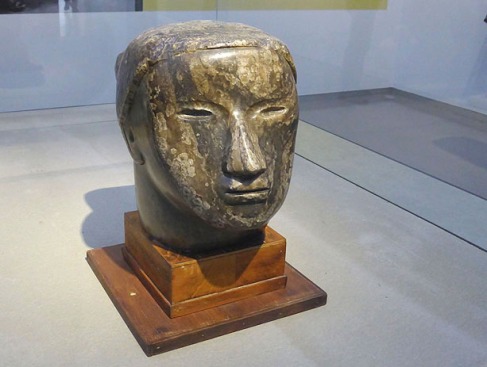 Cymbeline was the reason Lux has come to England in the first place: “I read it and I thought, if this writer from this place can make this mad and bitter mess into this graceful thing it is at the end, where the balance comes back and all the lies are revealed and all the losses are compensated, and that’s the place on earth he comes from, that’s the place that made him, then that’s the place I’m going, I’ll go there, I’ll live there.”

Winter (2017) is not a continuation of Autumn (2016), and the two novels can be read separately. However, they do complement each other, in a strange way, as if they were in conversation, and were revising one another continuously. Both make references to Dickens in their first paragraphs: Autumn echoed A Tale of Two Cities’ opening, while Winter references A Christmas Carol; both start in a surrealist way – a man has been washed ashore naked in Autumn, a disembodied head floats around in Winter; both novels make a nod to Shakespeare’s plays – The Tempest in Autumn, Cymbeline in Winter; both make references to women artists – Pauline Boty’s paintings in Autumn, Barbara Hepworth’s sculptures in Winter; both feature emigrants, as well as exchanges between people of different generations; both novels make use of a fragmented narrative, jumping back and forth in time; and, finally, both point out to the life that persists in the midst of death.

The back and forth, flashback and flash forward technique embodies the main idea at the heart of this series, for me: the idea that different times exist at once, intermingled, and art can make this visible to us. Time and space as one single, indivisible thing – like Sophia moving around a sculpture, looking through it from different sides, and seeing different things from different perspectives: “like seeing inside and outside something at once.” Stories can weave in past and present, and, much like in Cymbeline, they can bring about balance to a messy place. They can be at once angry and funny and tender. And they can be a graceful thing.

“That’s one of the things stories and books can do, they can make more than one time possible at once.”  ― Ali Smith, Winter

“That’s what winter is: an exercise in remembering how to still yourself then how to come pliantly back to life again.” ― Ali Smith, Winter

What he longs for instead, as he sits at the food-strewn table, is winter, winter itself. He wants the essentiality of winter, not this half-season grey selfsameness. He wants real winter where woods are sheathed in snow, trees emphatic with its white, their bareness shining and enhanced because of it, the ground underfoot snow-covered as if with frozen feathers or shredded cloud but streaked with gold through the trees from low winter sun, and at the end of the barely discernible track, along the dip in the snow that indicates a muffled path between the trees, the view and the woods opening to a light that’s itself untrodden, never been blemished, wide like an expanse of snow-sea, above it more snow promised, waiting its time in the blank of the sky.” ― Ali Smith, Winter