The Poets’ Daughters: Dora Wordsworth and Sara Coleridge, by Katie Waldegrave (2013) draws from letters, journals, memoirs, and other primary sources from your circle of acquaintances, to explore, in detail, the domestic lives of the Coleridge’s and Wordsworth’s intertwined families – “a spider’s web of relationships built on love and envy, rivalry and fierce loyalty”.

The book is a dual biography of you and Dora Wordsworth, the eponymous daughters of the Lake District poets Samuel Taylor Coleridge and William Wordsworth, respectively.

We learn that you and Dora were raised closely together and grew up to be lifelong friends. The Wordsworths lived on a hill on the outskirts of Grasmere, in a smoky, spartan, and bohemian house full of people, where the children were free to run wild; you, on the other hand, spent your childhood with your mother in the neighbouring (and well-ordered) house of your uncle, the poet laureate Robert Southey, where you later tried to pay for your keep by tutoring his children.

While you married your cousin and settled in London, Dora, apart from a brief period working as a schoolmistress, remained at her father’s home, working for him as a kind of secretary, until her marriage to a widowed family friend, when she was 37 years old – a marriage which Wordsworth vehemently opposed.

Waldegrave does a good job at portraying the historical background of your lives (the end of the Georgian era, the demise of the Romantic period, and the emergence of the Victorian age), as well as exploring the many ways women’s lives were circumscribed by the social and moral expectations prevailing at the time.

You and Dora were continually surrounded by material trials and sickness: you suffered from opium addiction, postpartum depression, and probably bipolar disorder (as you wrote, you were divided between the “Good Genius” who by day ran her household, and the “Invalid” who by night was paralysed by depression and dependent on high dosages of morphine to sleep), as well as constantly worried about pregnancies, miscarriages, and stillbirths; Dora suffered from an eating disorder, constantly starving herself while living with her father, and went through severe depression. After a brief recovery while traveling with her husband, she succumbed to her illness at 43 years old, while you died of breast cancer at 49.

The book reads like a novel centred on a family saga, where we are constantly left wondering what will happen next. I also enjoyed the parallels the author draws between you and Dora, as well as between your fathers: while you were brought up as a scholar and your love of learning earned you the label of a bluestocking, Dora was brought up to be a housekeeper, as Wordsworth thought that too much learning in a woman would lead to a ‘want of dignity’; while Coleridge made his presence felt by abandoning you when you were a child, Wordsworth left his mark on Dora by imprisoning her in a web of moral expectations and filial duties. 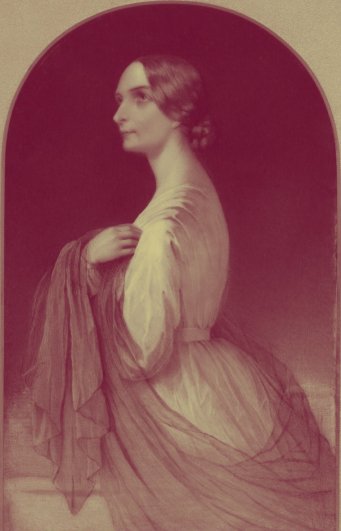 It is interesting to notice how each of the fathers’ different demands shaped their daughters: both you and Dora sought to win their approval, but you did it in different ways. While you, at age nine, tried to impress Coleridge by displaying scholarly abilities and knowledge, in the hopes that he wouldn’t leave the family again (he nonetheless did, by the way), Dora spent her life trying to please Wordsworth by displaying complete filial devotion to his writing, giving up a career as a schoolteacher, starving herself to lose the plump figure her aunt (his sister Dorothy) so criticised – and almost refusing to marry the man she loved.

Also interesting is Waldegrave’s exploration of the way each of you were shaped by what society in the period expected of women, by what you as women were meant to want for your lives. Fearing that publication might have soiled your reputation (since it was considered unbecoming of women to enter the intellectual public sphere), you chose to engage in philosophical discussion through your private letters, and tried to find self-expression in your task of editing your father’s work. Dora, on the other hand, found an outlet for her gifts in the task of working for Wordsworth as a secretary, as well as in the small transgression represented by the publication of her travel diaries (which had also been opposed by her father). Both of you were, in a way, enslaved by Victorian expectations of women’s selflessness toward their fathers and husbands – nonetheless, both of you sought to meet those expectations in a way that allowed you some room for self-expression, however small that room might have been.

Like in a two way road, just as your fathers shaped you and Dora, so have both of you defined their works for posterity. Many of Wordsworth’s poems would not have been recorded if it were not for Dora’s dutiful secretarial work, and the notes she produced to accompany his poetry. In the same vein, Coleridge’s works were shaped by your editorial and interpretive work.

In the end, you even asked yourself whether you and Dora had sacrificed your talents in vain; whether you should have employed your time on your own poetry, and not on Coleridge’s works. As Virginia Woolf would write many years later, your years “were lived in the light of his sunset”, and you spent your time “in reflecting that vanished radiance”. By the end of Waldegrave’s book, we come to share Woolf’s feeling that you, like so many of your father’s works, “remain unfinished”.

“It is politic to tell our own story, for if we do not, it will surely be told for us, and always a degree more disadvangeously than truth warrants.” Letter by Sara Coleridge to John Taylor Coleridge, February 1849.