The short-story “A Wicked Voice”, published in the collections Hauntings (1890) and The Virgin of the Seven Daggers (1962, posthumously published), combines elements of a Faustian pact, a bewitching Sirens’ song, and a fall from grace, so as to convey one’s own enslavement through art. 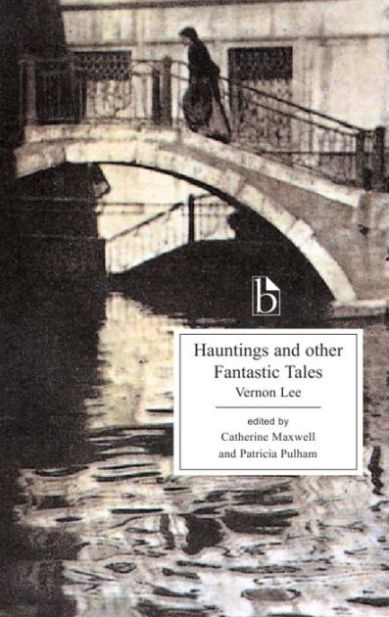 The story centres on the narrator, Maestro Magnus, a musician who is travelling in Italy, in search of inspiration for an opera he is composing. While in Venice, he is given a picture of Zaffirino, a famous 18th century castrato of feminine appearance, who, so Magnus is told, used to sing so beautifully that no woman was able to resist him.

As the legend goes, Zaffirino’s bel canto would take hold of the minds and hearts of his audiences, as if they were possessed by some kind of demon; not only that, Zaffirino is said to have made a deal with the devil himself, in exchange for his brilliant voice (“I tell them all how this singer, this Balthasar Cesari, was nick-named Zaffirino because of a sapphire engraved with cabalistic signs presented to him one evening by a masked stranger, in whom wise folk recognized that great cultivator of the human voice, the devil”). The legend assumes then a much darker tone: the castrato may even have murdered a woman once, by using the sole power of his singing.

Upon being told of this legend, Maestro Magnus’ first reaction is to scoff at the castrato; later, he even tears into pieces Zaffirino’s portrait. This, however, will prove to be our narrator’s undoing: seeking for revenge and demanding unconditional admiration, the castrato’s voice, in its evil power, starts to haunt Magnus, so that, wherever he goes, he ends up hearing Zaffirino’s singing. There is no escape from a ghost’s voice, as there is no escape from one’s own head.

The story reaches its climax, when Magnus is thrown into the very scene, almost one hundred years before, where Zaffirino killed a woman by singing to her. Magnus might be dreaming; he might be hallucinating, as a result of a fever; or he might have even entered another dimension altogether. The only thing we know for sure is that, much like that poor woman, our narrator is also about to be seduced and murdered by the castrato’s wicked voice. The beauty of this scene, for me, lies also in the fact that it mirrors the legend of the Paladin Ogier the Dane, in which the opera Magnus is trying to compose is based: much like Ogier, our narrator seems to have been stuck for one night in the land of the dead; like Ogier, Magnus is, in a way, also dead when he comes back; and, finally, also like Ogier, the only thing he is left with is a song.

Whatever happens, something inside Magnus is bound to die. Though wanting to compose a more modern, Wagnerian opera, our narrator’s mind is constantly interrupted by “long-dead baroque melodies”. Maestro Magnus cannot find a move forward in his work and, worse still, his mind seems to have been enslaved by Zaffirino’s bel canto – as if the castrato had taken possession of Magnus soul and were performing old songs through him.

The story’s nightmarish atmosphere is enhanced by your play with water-related imagery, shadows, and shifting lights: the moon is constantly “pouring in by the wide-open windows”, turning the rooms into lagoons or swimming pools; the water in Venice’s canals is “all paved with moonbeams”; and, at one point, the narrator’s gondola is rocking on a “sea of moonbeams”, as if he were “on the confines of an imaginary world”.

Water and light are sometimes combined to almost give the voice a form: “a thread of sound slender as a moonbeam, scarcely audible”; the singing comes across the lagoon, “cleaving, checkering, and fretting the silence with a lacework of sound even as the moon was fretting and cleaving the water, a ripple of music, a voice breaking itself in a shower of little scales and cadences and trills.”

The highlight of the story, for me, was the strong undercurrent of seduction in the Maestro’s enslavement by the disembodied voice. It very much feels as if our narrator were falling not only under its spell, but also falling in love with it. The more Magnus feels haunted by the voice, the more he longs to hear it again and again – more than anything, it is this paradox that is driving him into madness.

He is being tempted by the voice of a male seducer in disguise, and this process elicits in our narrator the conflicting feelings of disgust and allure. Possessed by a voice as if he were possessed by a ghost, Magnus wants, at the same time, to pursue it and to get rid of it. Much like the forbidden fruit, once one tries the wicked voice, paradise is for him forever lost.

“O cursed human voice, violin of flesh and blood, fashioned with the subtle tools, the cunning hands, of Satan! O execrable art of singing, have you not wrought mischief enough in the past, degrading so much noble genius, corrupting the purity of Mozart, reducing Handel to a writer of high-class singing-exercises, and defrauding the world of the only inspiration worthy of Sophocles and Euripides, the poetry of the great poet Gluck?” – Vernon Lee, A Wicked Voice

I am but half-bewitched, since I am conscious of the spell that binds me. My old nurse, far off in Norway, used to tell me that were-wolves are ordinary men and women half their days, and that if, during that period, they become aware of their horrid transformation they may find the means to forestall it. May this not be the case with me? My reason, after all, is free, although my artistic inspiration be enslaved; and I can despise and loathe the music I am forced to compose, and the execrable power that forces me. – Vernon Lee, A Wicked Voice

Singer, thing of evil, stupid and wicked slave of the voice, of that instrument which was not invented by the human intellect, but begotten of the body, and which, instead of moving the soul, merely stirs up the dregs of our nature! For what is the voice but the Beast calling, awakening that other Beast sleeping in the depths of mankind, the Beast which all great art has ever sought to chain up, as the archangel chains up, in old pictures, the demon with his woman’s face? – Vernon Lee, A Wicked Voice