In your novel The Vet’s Daughter (1959), I felt I was being lured into a strange place, tender and cruel. I was being lured by a voice, tenuous but powerful, pushing me through the door into a confined domestic horror. It was lonely, dangerous and grotesque, but it was a voice I very much loved. 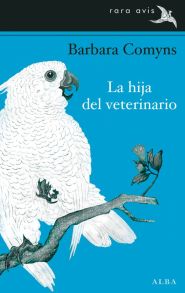 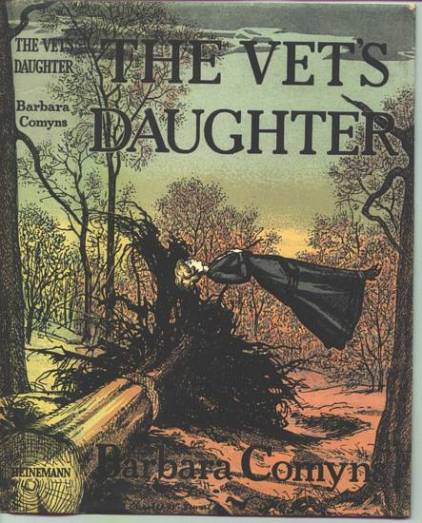 The story is set at what seems to be the beginning of the twentieth century. It is narrated by Alice Rowlands, the seventeen-year-old vet’s daughter. She lives in a sinister house in Clapham, south London, with her alcoholic, abusive father and her shy, ailing mother. Alice’s father is moved by rage and contempt, and treats his wife and daughter as servants.

Our protagonist leads a bleak and lonely life, and we follow her from one scene to the next, as she tries to cope with her father’s abuse. I liked the way you gradually built the dark, claustrophobic atmosphere around Alice: her house is dark and smells of animals; the surroundings are gloomy and poverty stricken; here’s a mongoose in the kitchen; there is a crazy parrot locked in the lavatory; the cat was partly cooked once; unwanted puppies are regularly sold to the vivisectionist. The family is as unable to talk as the animals surrounding them: Alice’s mother is afraid of uttering any sound; Lucy, Alice’s best friend, is deaf; Alice only talks to herself. The only moment when we have a real dialogue happens shortly before Alice’s mother death, in a moving scene where she regains her voice by reminiscing over her childhood in the mountains of Wales – the only happy period of her life.

Like a deranged man’s laboratory, the house is full of neglected and crippled animals, as tormented and trapped inside as Alice and her mother. In fact, the characters are frequently compared to animals. Doubled down by pain, Alice’s mother climbs “upstairs on all fours like an animal.” From the beginning, we know that the vet’s wife is going to die. However, when it finally happens, we get a feeling that she was put down like an animal by her husband.

Shortly after Alice’s mother death, the vet brings home a vulgar woman who used to work as a barmaid. The couple seems eager to get Alice out of the house. The story assumes more and more the tone of a dark fairy tale: we have a monster, an evil stepmother, and a series of grotesque creatures sharing the house. Completing this strange set of characters, we have the kind-hearted Mrs. Churchill, hired to help with the housework while the vet’s wife was ill; the dull Mr. Peebles, a veterinarian who takes over the vet practice while Alice’s father is away; Mr. Peebles’s suicidal mother, who lives in a halfway burned house, in the company of a sinister couple; and Nicholas, a handsome sailor. We have here all the ingredients of a good old gothic tale.

The highlight of your novel for me is the narrative voice.  Alice describes strange, grotesque scenes as if they were ordinary – and that makes up for much of the novel’s dark humour. Her tone is no-nonsense, matter-of-fact, deceptively naïve. She doesn’t dwell on her pain, and narrates her story in a simple, straightforward but slightly strange way, as a succession of arbitrary, random scenes and non-sequiturs. It’s a voice that mirrors well Alice’s own lack of agency. She seems detached from what is happening to her, as if watching from the outside. Moreover, it is a voice that plunges into absurdity, balancing crude realism and surrealism; pungent tragedy and sharp comedy; commonplace things and fantastical elements.

After a particularly traumatic episode, just when we think that Alice’s life has reached its lowest point, she rises high above the grim circumstances of her life: I mean, literally, Alice discovers that she can levitate. She can be dreaming; she may be retreating deeper and deeper into her fantasy world as her sole means to escape reality; imagination may be the only form of agency available to her; she might be suffering of psychological dissociation; or, against all odds, she may be really… floating.

The idea levitation is a darkly funny way of representing Alice’s detachment as a self-defence mechanism. The scenes where she levitates are brief respites in the midst of her dreary life; they are the rare moments when she is in control. Levitation is her only gift, her only power. And we cannot help but feel that it is about to be exploited and used against her; that she will become the prisoner of the only aspect of her life that gave her some experience of freedom.

Lurking behind Alice’s detachment, we can sense a hint of quiet desperation and the splintered grammar of trauma. I particularly puzzled over the first person past tense narration: although the protagonist seems to be describing events occurred a long time ago, they feel fresh and very much present, as if they had just happened. We are led to wonder if Alice is in fact a reliable narrator – after all, the characters seem to be described under the perspective of a child whose mind is populated by fairy-tales: we have the monster, the hero, the kind-hearted old woman, the princess locked away.

Furthermore, and in a more surreal turn, we cannot help but have the feeling that we are in the face of a dead narrator: the ghost of a girl, hovering over the page, forever trapped in childhood, tossing the same stories over and over in her mind, talking to us from her grave, and trying to pin down her pain as one who tries – in vain – to circumscribe a void.

“Her face worked in an odd way, like knitting coming undone.”
― Barbara Comyns, The Vet’s Daughter

“It was Sunday morning, and old people passed me like sad grey waves on their way to church.”
― Barbara Comyns, The Vet’s Daughter

“Once, when I had ironed a shirt badly, he suddenly rushed at me like a charging bull in a thunderstorm, seeming to toss the shirt in some way with his head. I held on to the kitchen sink, too afraid to move. He came right up to me, and I saw the whites of his eyes were all red. He was only wearing his vest and trousers and was dreadfully hairy. He seized the arms of the shirt and was trying to tie them round my neck with his great square hands when the parrot suddenly started to give one of its awful laughs. Father seemed to go all limp, and stumbled from the room, while the parrot went on laughing.”  ― Barbara Comyns, The Vet’s Daughter

“In the night I was awake and floating. As I went up, the blankets fell to the floor. I could feel nothing below me — and nothing above until I came near the ceiling and it was hard to breathe there. I thought, ‘I mustn’t break the glass globe.’ I felt it carefully with my hands, and something very light fell in them, and it was the broken mantle. I kept very still up there because I was afraid of breaking other things in that small crowded room; but quite soon, it seemed, I was gently coming down again. I folded my hands over my chest and kept very straight, and floated down to the couch where I’d been lying. I was not afraid, but very calm and peaceful. In the morning I knew it wasn’t a dream because the blankets were still on the floor and I saw the gas mantle was broken and the chalky powder was still on my hands.” ― Barbara Comyns, The Vet’s Daughter

“In the distance there was the sound of ducks and I felt a strange homesickness for no home I’d known.” ― Barbara Comyns, The Vet’s Daughter

(This book has one of my favourite beginnings)

“A man with small eyes and ginger moustache came and spoke to me when I was thinking of something else. Together we walked down a street that was lined with privet hedges. He told me his wife belonged to the Plymouth Brethren, and I said I was sorry because that is what he seemed to need of me to say and I saw he was a poor broken down creature. If he had been a horse, he would have most likely worn knee caps. We came to a great red railway arch that crossed the road like a heavy rainbow; and near this arch there was a vet’s house with a lamp outside. I said, ‘You must excuse me.’ And left this poor man among the privet hedges.

I entered the house. It was my home and smelt of animals, although there was no lino on the floor. In the brown hall my mother was standing; and she looked at me with her sad eyes half-covered by their heavy lids, but did not speak. She just stood there. Her bones were small and her shoulders sloped; her teeth were not straight either; so, if she had been a dog, my father would have destroyed her.

I said, ‘Mother, I smell cabbage. It must be lunch-time.’” ― Barbara Comyns, The Vet’s Daughter

8 thoughts on “I’d forgotten it was summer outside”