At first, I felt skeptical about your novel Anne of Green Gables (1908). Anne seemed too chatty, too imaginative, too eager to please – too good to be true. Or perhaps I simply should have met her earlier, as a child of eleven, and on her own terms. But, gradually, so as it happened with the other characters in the novel, my heart began to warm to her endearing, queer ways. 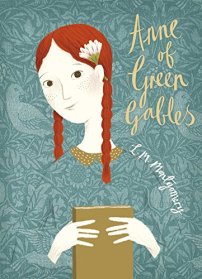 The 11-year-old orphan girl Anne Shirley is mistakenly sent to the middle-aged siblings Matthew and Marilla Cuthbert, who live together on a farm at their childhood home, Green Gables, in the fictional town of Avonlea in Prince Edward Island, Canada. Marilla is an austere woman, and her overly shy brother is too old to handle the farm on his own. Although the siblings had originally intended to adopt a boy to help them with the farm work, Anne gradually wins theirs hearts, and they decide to keep her.

Anne is a red-headed, freckled, vivacious girl with a wild imagination and an unruly tongue. She is capable of chatter endlessly, and spends her time daydreaming, wondering at the smallest things. However, the very things that make her endearing to the people around her are also the reasons why she is constantly getting into trouble.

Her domestic mishaps are at once infuriating and charming: she lets a mouse drown in the pudding sauce; she nearly drowns to act out a poem; she accidentally dyes her hair green, while intending to dye it black; she bakes an inedible cake, using liniment instead of vanilla; she terrifies herself by imagining that the nearby woods are haunted; she accidentally gives Diana red currant wine instead of raspberry cordial, and her friend returns home drunk.

It is difficult not to smile, as we follow Anne’s day-to-day life and her coming-of-age throughout the book: her tender friendship with Diana, the neighboring girl; her budding literary ambitions and her strive to make Matthew and Marilla proud; her rivalry with her classmate Gilbert Blythe, who teases her about her red hair; and, finally, her success at school, specially under the guidance of Miss Muriel Stacy, the new teacher, whose liberal teaching methods are disapproved of by Avonlea’s more conservative parents. 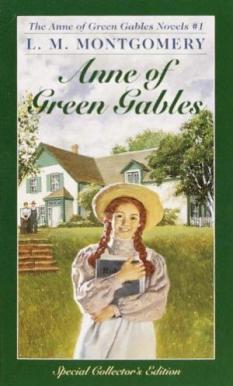 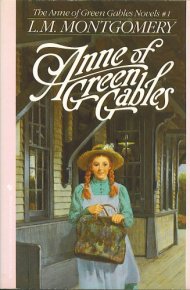 The opinionated Anne, with her independent spirit and straightforward manner, is constantly coming into conflict with the people of Avonlea. In Anne and Marilla we have two opposing conceptions of morality – of what it means to be good. For Marilla, goodness equates with a strict following of the Christian religion; goodness, for her, means behaving according to social codes and expectations. Anne, on the other hand, inverts this equation: for her, one’s behavior is not the determining element in one’s moral character, but the other way around; for Anne, independently from the way one behaves, one’s underlying reason to do so is the defining element of his/her goodness. Moreover, while Marilla considers any interest in beauty an expression of vanity, for Anne, aesthetics, nature and morality overlap.

By acting according to her instincts, Anne is constantly defying Marilla’s expectations of how a girl is supposed to behave. In turn, Marilla gets even more determined to discipline Anne’s instincts, crushing the girl’s imagination so as to conform her to the local moral code. We are thrown in a hall of distorted mirrors: the opposing views on morality incorporate the conflict between external behavior and inner motives – which, in turn, mirrors the conflict between social expectations and imagination.

While Marilla thinks that indulging in fantasy is a mistake, and that the conformity to rules makes for moral behavior, every time Anne curtails her imagination and tries to adjust herself to what is expected, she ends up making a mistake; on the other hand, every time she follows her imagination, she finds herself capable to do good – albeit in a different manner from what people expect goodness to be like. Rather than an escape from reality, Anne’s imagination enables her to come closer to what is really at stake in the challenges she is presented with. And, more importantly, Anne’s very capacity to imagine a different path – a bend in the road – is the main reason why she is brave and optimistic enough to take the decision she made at the end of the book. And what made that decision valuable was the very fact that she did not take it because of what was expected of her, but because of what she felt.

This is as much a coming-of-age for Marilla as it is for Anne. Does the red-headed girl reache a compromise between imagination and expectations in the end? Or is it Marilla who learn to redefine those expectations on a fresh basis? Maybe both.

“Isn’t it splendid to think of all the things there are to find out about? It just makes me feel glad to be alive—it’s such an interesting world. It wouldn’t be half so interesting if we knew all about everything, would it? There’d be no scope for imagination then, would there?” ― L.M. Montgomery, Anne of Green Gables

“I’m not a bit changed—not really. I’m only just pruned down and branched out. The real me—back here—is just the same. It won’t make a bit of difference where I go or how much I change outwardly; at heart I shall always be your little Anne, who will love you and Matthew and dear Green Gables more and better every day of her life.” ― L.M. Montgomery, Anne of Green Gables

“When I left Queen’s my future seemed to stretch out before me like a straight road. I thought I could see along it for many a milestone. Now there is a bend in it. I don’t know what lies around the bend, but I’m going to believe that the best does. It has a fascination of its own, that bend.” ― L.M. Montgomery, Anne of Green Gables

“Why must people kneel down to pray? If I really wanted to pray I’ll tell you what I’d do. I’d go out into a great big field all alone or in the deep, deep woods and I’d look up into the sky—up—up—up—into that lovely blue sky that looks as if there was no end to its blueness. And then I’d just feel a prayer.”  ― L.M. Montgomery, Anne of Green Gables

“It was November–the month of crimson sunsets, parting birds, deep, sad hymns of the sea, passionate wind-songs in the pines. Anne roamed through the pineland alleys in the park and, as she said, let that great sweeping wind blow the fogs out of her soul.” ― L.M. Montgomery, Anne of Green Gables

4 thoughts on “It has a fascination of its own, that bend” 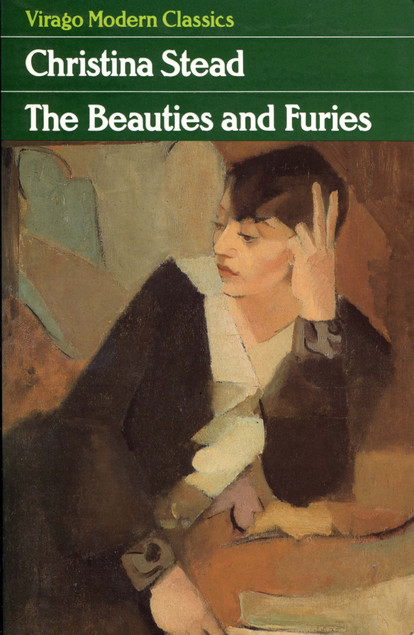