In your novel The Constant Nymph (1924), you left open some carefully disguised questions you later explored once again in your book The Forgotten Smile (1961): can society truly accommodate art and genius? Or does it inevitably destroy it? Yours is also a question about where to locate true morality: is value created by social mores, or is it distorted and corrupted by them? Is morality only possible for the noble savage? 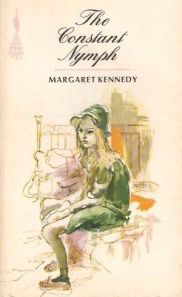 As the novel opens, Lewis Dodd, a troubled musician in his late-thirties, is heading to the Austrian Tyrol to visit his mentor Albert Sanger, a brilliant but little-known avant-garde expat English composer. Sanger lives in a hut in a remote mountain retreat, among his ‘circus’: an assorted assembly of admirers, friends, the children he has had with various women, and his current wife Linda.

Born in a conventional English family, the young Dodd was drawn to this circus’ Bohemian way of life, untouched by social conventions and mores: their way of life is care-free and eccentric, and the children behave like little free-spirited barbarians.

When Sanger suddenly dies, the circus is scattered and pushed to a more conventional way of life. Two members of the family of Sanger’s second wife set off to the Tyrol to sort out the situation. Cousin Florence, a 28-year-old cultivated woman, and her uncle Robert decide to take the children back to England, so that they can be properly educated and provided for.

From this point on, the novel revolves around a love triangle between one of Sanger’s children and her cousin. The 14-year-old Tessa has been in love with Lewis Dodd since she was a little girl, but she sees her dreams shatter when the musician marries her cousin Florence. Tessa, uprooted from her previous life, is then sent to a boarding school in England, along with her younger siblings.

Back in England, Florence wants to tame Lewis into the image of a successful musician, and he comes to feel trapped by the superficiality of their social life. While, for Dodd, art has no purpose, for Florence art is only a means to achieve success and recognition. Florence wants her house to look like “a sort of civilized version of Sanger’s circus” – an impossibility in its own terms. Lewis’s genius cannot be tamed into society life, any more than the children cannot be forced into the narrow mould of convention their cousin wants to push them into. The mould is bound to crack.

The atmosphere in the household is already deteriorated, when Tessa runs away from school. As the mutual attraction between the teenager and the musician increases day by day, Florence feels more and more excluded from the enchanted ‘circus’, and becomes resentful and revengeful, drawing Dodd further away from her. When Tessa is faced with the opportunity to elope with him, she is torn between her constant love for the musician; her inner moral obligation towards her cousin; and the amorality of the social mores imposed on her.

The love triangle and the clashes between Florence, Dodd and Tessa mirror a larger topic:  the conflict between convention and art, civilization and wildness, order and freedom, art and culture, morality and social mores. The interplay between the characters personifies the abstract idea that the civilizing impulse to domesticate nature can easily degenerate into violence. Florence will never be able to truly understand the wildness she is trying to impose order on. The more she tries to control it, the more its spontaneity and creativity will break out of the mould of good breeding and social convention.

As much as I think it brave of you to have tried to tackle this larger topic in-between-the-lines of your book’s plot, I don’t think it was done well. For instance, it was not explored as fully here as in your novel The Forgotten Smile (1961). Furthermore, the plot development comprises many Deus ex machina moments, and some characters – as with Florence – are rendered one-dimensional when it becomes convenient for you to do so.

To depict the conflict between opposites at the core of your novel, you make use of a large dose of Manicheism in rendering the characters: either they are pure, or maculated. There is no in-between. While Tessa’s love is portrayed as pure because predestined, Dodd’s attraction for Florence is rendered in negative terms because of its sexual nature, and Florence’s love for Dodd is put under dispute because of her need for social acceptance. Your need to give easy answers robbed those relationships of their complexity – as if you had suddenly shied away from discussing the moral problems you had just depicted. It was as if you had set a complex stage but never stepped into it, only to later escape through the back door.

I could not help but have the feeling that there was a stronger story that had been left behind, waiting to be told. Either you tried to tame the circus and lost; or the circus has come close to enchanting you, and you run away from its wild exuberance.

“The lift was lined with looking glass, so that as he shot upwards he got an endlessly reduplicated vision of himself, stout and nervous, a light cloak flung over his shoulder and white flowers in his hand: an infinitely long row of gentlemen carrying offerings to an unforgiving past.” Margaret Kennedy, The Constant Nymph

” (…) she had that spark which sets men aflame. It was not only in her beauty, it was in her voice, her laugh, her smallest gesture. It was her portion in that dower of genius which belonged to all her kindred; she carried it like a torch.” Margaret Kennedy, The Constant Nymph

“She had for the shortcomings of humanity that universal, almost scientific toleration which is based upon wide reading.” Margaret Kennedy, The Constant Nymph

“She did not believe that she would ever be driven to these monstrous creative efforts. She desired nothing but to be allowed to look on at the world; and the result of her observations had been that she rated the writing of music as an atrocious and painful disease. She pitied her friend when it assailed him as much as if he had fallen down and broken his leg. To her the thing was a hidden curse, a family werewolf, always ready to spring out and devour them all.” Margaret Kennedy, The Constant Nymph

“Beside her he felt like a senseless clod of earth, lacking life, for she was like fire, wonderful, dangerous, necessary.” Margaret Kennedy, The Constant Nymph

“Florence could not, really, even pretend to pity her, just now. To go on living, to be confronted every day with the necessity of thinking, to look forward into the empty years and make plans for them, to build up upon wrecked love a monument of worthy achievement, this seemed to her a much harder thing.” Margaret Kennedy, The Constant Nymph 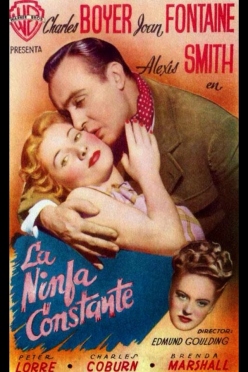 5 thoughts on “It was her portion in that dower of genius which belonged to all her kindred; she carried it like a torch”