Do you know this feeling we have when something terrible happens in a dream and we must scream or run, but we find ourselves suddenly unable to do it? We have no voice, or our legs are suddenly unbearably heavy. This feeling of being trapped: that’s the stuff your novel Transit (tr. Margot Bettauer Dembo, 2013. Transit, 1944) is made of. 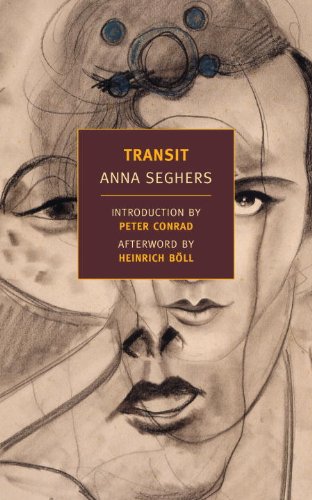 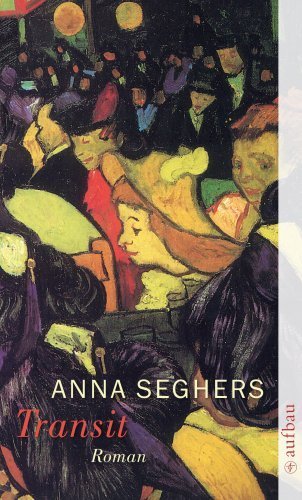 The story, set in the early 1940s, is narrated in first person by our unnamed protagonist, a rather unlikeable 27-year-old German man, who had escaped both a German concentration camp and a French labour camp. Whilst in Paris, he is asked by a friend to deliver a letter to a writer named Weidel. Once he gets to the hotel the writer was staying on, our protagonist discovers that Weidel has committed suicide in his room and has left behind a suitcase; a manuscript of an allegorical fairy tale; a letter from the Mexican Consulate in Marseille informing Weidel that his visa and travel funds to Mexico were waiting for him; and a letter from his estranged wife urging him to go to Marseille. Intent on handing those papers over to the Mexican Consulate, and hoping to evade the Nazis invasion, our protagonist heads for Marseilles, an unoccupied city which was a departure point for refugees in the early 1940s.

On his way, our narrator is given discarded identification papers and assumes the identity of another man, Seidler. However, when he tries to hand the writer’s papers to the Consulate, he is mistaken for Weidel. Since it proves to be beneficial to him, our protagonist assumes this new identity as well, like he was throwing a new layer upon an old one, or swinging between many personas. Stepping into another’s identity can be both a liberating opportunity and a dangerous trap. While our narrator, in the skin of Weidel, can easily secure visas and residence permits, which allow him a certain freedom after having to be constantly on the run, he is, at the same time, unable to move any further from this new skin.

He becomes obsessed with Weidel’s wife, Marie, a mysterious woman who is desperately searching the cafés for her husband. She now lives with a doctor who intends to go to Mexico, but, since married couples need to apply for visas together, she needs to find her husband. Every time our narrator is spotted as Weidel, she is given new hopes, but she can never find him – it seems that, every time she enters a place where he was reported to have been, her husband has just left.

The novel is full of such puzzles: our narrator must assume Weidel’s identity to help Marie, but he cannot tell her the truth; he can only be himself when he is with her, but he must be someone else to secure her the necessary papers for departure; Marie, on the other hand, can neither leave without Weidel nor live with him. This puzzling series of doublings mirrors a yet larger one: to be granted the right to stay in Marseille, the refugees must prove that they will leave. Weidel/ Seidler; staying and parting – layers thrown upon one another, only to reveal great emptiness underneath. “Now they will believe me when I tell them that I’m serious about leaving and so they’ll let me stay.”

The writing has a nightmarish quality, too. The characters are caught in a bureaucratic limbo, where visas acquire almost magical powers – albeit elusive ones. To be granted the right to stay in the city until they can leave, the refugees must secure a visa to enter the country of their destination, transit visas for the countries they will pass through on the journey, and an exit visa granting them permission to leave France. Since each visa is valid only for a determined period, one of the papers usually expires while the others are still being processed. Even worse, the rules are always changing, and the visas are dependent on an endless list of further documentation – like birth certificates issued in countries that no longer exist.

The plot seems to move like a spiral, repeating itself – but not quite. The same characters seem to bump into each other again and again, sometimes under different identities; they move from one café to another, in a never-ending chase for papers, forever waiting. Our protagonist is caught between his wish to stay and his need to escape – which mirrors the migrant personal conflict of wanting both to belong to a group and to retain an identity. “Refugees it seems have to go on fleeing.” Even when he is allowed to remain in Marseilles, our narrator finds himself in a state of flight, and spends his time in numerous mindless errands and trivial quests. “As if the most important things in life, while still very much a part of you, are forgotten. And instead we fixate on unimportant things that become temporary obsessions until they fade.”

He tries to form solid connections under precarious grounds, as one who finds himself lost while trying to come back home: the narrator’s awareness of the transience of the bonds he tries to establish only contributes even more to his alienation and dissolution. The only way to escape this vicious circle is through the forging of a new beginning. “Will we see each other again over there?” Marie asks our protagonist, “And if and when we do meet again there—will we be so changed that it won’t be like a reunion, but more like what you always wish for in vain on this earth, a new beginning?”

Earlier in the novel, when our protagonist reads Weidel’s manuscript, he is overwhelmed by a feeling he had almost forgot: our narrator feels unexpectedly at home. “I also felt that this was my own language, my mother tongue, and it flowed into me like milk into a baby.” When he assumes Weidel’s identity, it is as if the reader of the manuscript had turned into the author himself, like in a small but new beginning: a demi-god, our narrator is temporarily granted the power to manipulate officials and consulates per his own design.

The story is layered within yet another web of allusions to Greek mythology, the Book of Exodus, and Dante’s Purgatory. The refugees are a “herd of escaped demons”, officials are Cyclopes, on the other side of the ocean we find the promised land.  The character’s comings and goings, sleepwalking from one embassy to another, also have a myth-like circularity. Die Flüchtlinge – the fleers, the German word for refugees – are always trapped in this permanent state of being on the run. The title refers both to this state of being in transit, of passing-through, and to the visa which allows someone to pass through a country while going to another. „Alles war auf der Flucht, alles war nur vorübergehend.“

Your writing has a blurring effect which goes well with the foggy nature of the story you are telling: identities are shifting; fiction and reality are blurred; the atmosphere is unsettling. The fact that the protagonist is unnamed – a man who lacks a fixed identity, one who is merely passing through – is very telling of the overall effect of the book.

The characters have all lost their identities in a way or another, as they have lost the control over their lives. I think you captured this feeling of alienation and displacement very well. The characters are entangled in a web of regulations, forged identities and false hopes, like involuntary Penelopes whose web is continuously made undone in the morning by forces out of their control. They are trapped in the agony of having to wait for something they don’t even know if they really want.

I like the way you carefully wrap us readers into this web, too. As the novel opens, the narrator invites us to listen to his story, and throughout the book he turns himself to us, calling us back, catching us in the middle of what is happening – as if we were characters in this story, too. As if we were there, trapped in his limbo; circling around with no way out; too bored to listen; too tired and angry to be put into the beaten shoes of another; too defensive to take the first step into the terrifying trepidation of empathy.

Everyone was fleeing and everything was temporary. We had no idea whether this situation would last till tomorrow, another couple of weeks, years, or our entire lives.

And that all this discipline, all these commands, all these orders had produced the most terrible disorder – bloodshed, mothers screaming, the dissolution of our world order. And yet thrumming like an undertone in theses commands was something terribly obvious, insidisouly honest: Don’t complain that your world is about to perish. You haven’t defended it, and you’ve allowed it to be destroyed! So don’t give us any crap now. Just make it quick; let us take charge!

Suddenly I felt quite calm. I thought, I am sitting here, and the Germans are moving past me, and occupying France.

I had lost something, lost it so completely that I didn’t quite know what it was, I’d lost it so utterly in all that confusion that gradually I didn’t even miss it very much anymore. But one of those faces from the past, I was certain, would at least remind me of what it was.

Mothers who had lost their children, children who had lost their mothers. The remnants of crushed armies escaped slaves, human hordes who had been chased from all the countries of the earth, and having at last reached the sea, boarded ships in order to discover new lands from which they would again be driven; forever running from one death toward another.

Ships must always have been anchored here, at this very place, because this is where Europe ends and the sea begins. There’s always been an inn at this pot because it was on the road that led to the juncture of land and sea. I felt ancient, thousands of years old. I had experienced all this before. But I also felt very young, and eager for all that was yet to come; I felt immortal.

2 thoughts on “Everyone was fleeing and everything was temporary”