As in your previous books, Crow Blue (2013, tr. Alison Entrekin, originally published in Portuguese in 2010) also depicts  a journey, through which the protagonists – unable to move beyond painful events in the past – are led to undertake some kind of personal rite of passage. 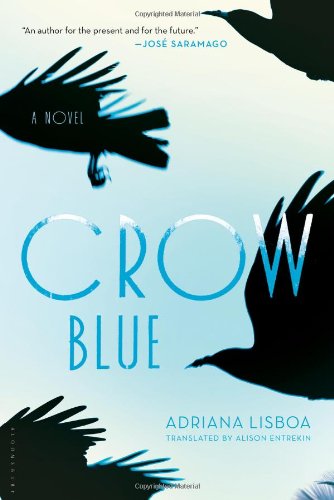 After losing her mother at the age of thirteen, Evangelina (‘Vanja’) moves from Rio de Janeiro to Lakewood, Colorado, where her legal father lives. Although Fernando, Vanja’s mother ex-husband, agreed to have his name on her birth certificate, he is not her biological father. Fernando was once a communist and guerrilla freedom fighter in Brazil, during the 70’s dictatorship. Now an exile in the USA, he works as security guard at the Denver Public Library, and, on weekends, he cleans houses. His past is the backdoor through which you are able to shed light into the hunting of the Araguaia guerrillas by the military in Brazil, a shameful chapter of this country’s history.

Together with Carlos – a nine-year-old neighbor from El Salvador whose immigrant family lacks ‘papeles’ to live in the USA -, Fernando and Vanja embark on a hunt to find the girl’s biological father. So far she knows, he is an American from Albuquerque. This quest slowly becomes much more for each of the characters involved: as Vanja delves into the past, she discovers more about her mother and about herself; Fernando, on his part, gradually learns how to overcome the traumatic experiences of his past; and finally, as we follow these character’s personal journeys, we also watch the unravelling of Brazil’s political struggles during the dictatorship. Yours is a coming of age narrative for both the characters and the country they come from.

The book is narrated in the first person, by Vanja, who is now 22 years old. The narrative goes back and forth in time, in a fragmented way, jumping between its many interwoven stories. The book’s title comes from Vanja’s favourite poem: The Fish, by Marianne Moore (wade/ through black jade./ Of the crow-blue mussel-shells. (…)). In fact, Moore’s conciseness permeates your own writing style here: it is dry, accurate, scarce, like the refuse left away by the last wave to touch the sand. You write like a miniaturist, in even smaller pieces, shards of hidden treasures glowing on the beach.

This ‘Crow blue’ color, borrowed from Moore’s poem, refers both to the ‘crow blue shells’ of the Copacabana beach in Rio, as to the ‘shell-blue crows’ which fly over Denver. This color is the fixed point around which Vanja’s quest for identity slowly unravels itself. When she eventually returns to Rio for a visit seven years after her move to the US, the girl remarks that the city – like Vanja herself -, had both changed and remained the same: “The city was different and it wasn’t.  There were other generations of [crow blue] mollusks on the ocean floor in front of Copacabana Beach  I don’t know how long a mollusk lives.  They were probably the grandchildren and great grandchildren of the mollusks of my childhood.  At any rate, we were friends.  Friends that had never met personally.  Friends of friends…”

Vanja was different – and, at the same time, she was the same girl who had left. The turning point where identity is anchored is as evanescent as a color, a crow-blue gleam striking the eyes on a beach. Her quest for a father also mirrors a larger search for identity – and for home (“Things lose their contours and the all-white sky sticks to the all-white roof, making worlds collide”). You briefly explore immigrant life in Colorado, and ultimately the expat struggle to find one’s place in the world, to make a home wherever one happens to be (“Home wasn’t there anymore, therefore the way back couldn’t be either….It wasn’t that home was everywhere: home wasn’t anywhere” ).

Belonging can be as much of a struggle for the ones who stay as it is for the ones who move away: an inconspicuous shift, a blinding by too much light, white on white, colliding. Melancholy and memory are the threads with which this novel’s journey is finely woven. And, as in all journeys, the path you chose to takes us through happens to be much more important than its arrival point.

wade
through black jade.
Of the crow-blue mussel-shells, one keeps
adjusting the ash-heaps;
opening and shutting itself like

an
injured fan.
The barnacles which encrust the side
of the wave, cannot hide
there for the submerged shafts of the

sun,
split like spun
glass, move themselves with spotlight swiftness
into the crevices—
in and out, illuminating

the
turquoise sea
of bodies. The water drives a wedge
of iron through the iron edge
of the cliff; whereupon the stars,

pink
rice-grains, ink-
bespattered jelly fish, crabs like green
lilies, and submarine
toadstools, slide each on the other.

ac-
cident—lack
of cornice, dynamite grooves, burns, and
hatchet strokes, these things stand
out on it; the chasm-side is

dead.
Repeated
evidence has proved that it can live
on what can not revive
its youth. The sea grows old in it. 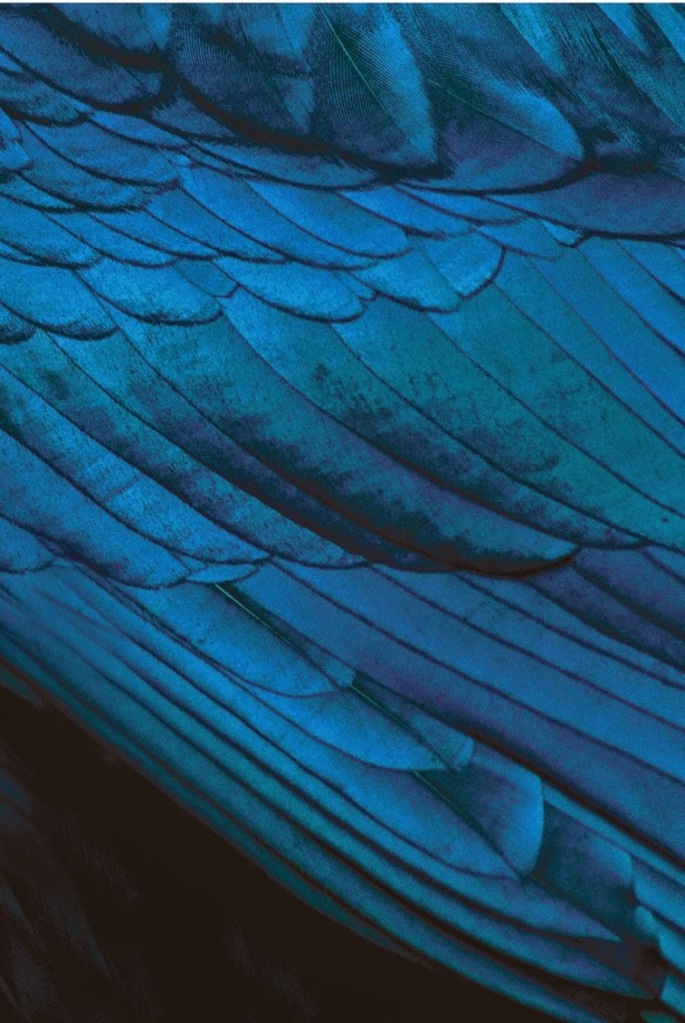 “Elegance? I wondered. No, not elegance. Perhaps a certain mistrust of the act of walking. Perhaps she was trying to remind us that we need to be ceremonious with the world, that this here is no joke, that this is something serious and dangerous, and that the mere act of walking on the ground bestows an unimaginable responsibility on you.”

“The mountains of Rio de Janeiro were laughing, deep in their intimacy of earth and stone and roots and organic matter from dead leaves and animals and dumped dead bodies: they were laughing at all that anxious human drama: people love one another, kill one another, roll boulders, and at the end of the day none of it makes much difference. The mountains’ time is different; so are their time frames of reference.”

“A curious phenomenon happens when you have been away from home for too long.Your idea of what home is – a city, a country – slowly fades like a colorful image exposed to the sun on a daily basis. But you don’t quickly acquire another image to put in its place. Try: act like, dress like, speak like the people around you. Use the slang, go to the “in” places, make an effort to understand the political spaces. Try not to be surprised every time you see people selling second-hand furniture and clothes and books from their garages (the sign on the street corner announces: garage sale), or the supermarkets offering tones of pumpkins in October and tolls for sculpting them, or corn mazes. Pretend none of that is new to you. Do it all, act like.”