It’s been some time since I last wrote to you (or wrote a book review, as a matter of fact…). Spring term has just begun here in Germany, so during the past weeks I was quite busy preparing lectures, helping students with their papers and – in between – trying to move forward with my own research project.

Nonetheless, here I am again,  diving into a few more reading projects, as if there were no tomorrow…

Ms. Arachne over at A Canon of One’s Own and I are planning a Readalong of Sor Juana Ines de La Cruz Selected Works. The idea is to read and review the book until May, 31th. As always, you are welcomed to join in!

We are reading  Edith Grossman’s translation (see reference above), but, if you have another edition, no problem: the comparison could also be interesting. 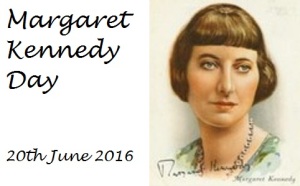 Hosted by Jane over at Beyond Eden Rock, Margaret Kennedy Day will take place on June the 20th this year. I’ll be reading  The Forgotten Smile (1961), from my Classics Club List.

Hosted by Gaskella over at Annabel’s House of Books, the Beryl Bainbridge Reading Week will take place from June 13th – 19th this year. I’ll be reading Harriet Said

That’s all for now, I guess. Which books do you recommend? What are your reading projects? Do tell me about them.

10 thoughts on “More reading projects, or Reading as if there were no tomorrow”