In the midst of a very busy week for me, it was a delight to come home after a hectic day and be able to immerse myself in your quiet and heart-warming book. Good Daughters (1984), the first in the Fairley’s trilogy, is a family saga and coming-of-age story, set in the mid-1930s, in Shepherd’s Bush, London. 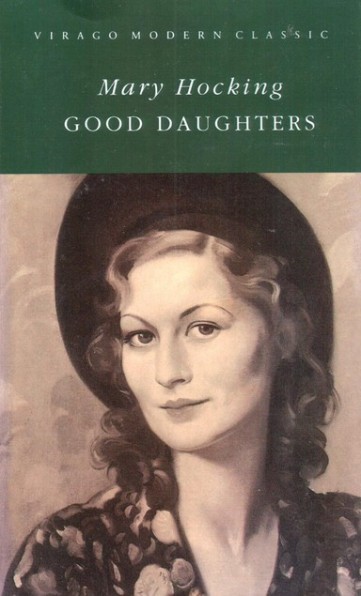 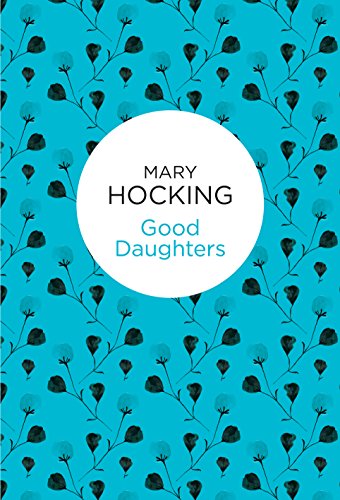 When the novel opens, in 1933, both the Fairley family and Europe are on the brink of change. The third person narration moves between the three sisters perspectives: Louise, the oldest one, is on the cusp of womanhood and, contrary to her father’s best wishes, wants to be an actress; Claire, the youngest, although still a child, is the one who more closely embodies their father’s concern for social justice and religious beliefs; and finally Alice, a tomboy who climbs trees, searches for secret passages at her friend’s house and longs to be a writer, wanders between the two extremes of childhood and womanhood.

The three sisters’ life is sheltered by their father’s strict rules of conduct, within a tradition of frugality and hard work. Stanley Fairley is a Methodist lay preacher, who also works as headmaster at a boys’ school. He is an idealistic man, and soon becomes aware of the threat posed by Hitler. His attempts to run his home in accordance with his strict moral and religious beliefs are quite often subverted or even thwarted by his wife’s backing of the girls demands for autonomy. The strong and practical Judith is the real force who holds the family together.

Next door to the Fairley family live the Vaseyelins, a Russian Jewish family. They are the girls first contact with a less sheltered life, and one very different from their own. Coming of age in a time of huge changes, the three sisters, each in a different way, are confronted, often painfully, with the ambiguity of a world that doesn’t quite fit their family morals and expectations. Gradually, each of the girls becomes aware of something they are on the brink of forever losing. The highlight of the novel, for me, is the fact that the sisters become aware not only of the beauty of their struggle for freedom and self-determination, but also of the inevitable loss at the centre of each one of their victories.

Through Judith’s strong-minded support for her daughters, you explore the themes of motherhood and the changing roles of women in the 1930’s. Through multidimensional characters and a narrator who changes perspectives between those characters, you manage to convey the ambiguity of one’s inner cravings and their not infrequent incommunicability, as well as our incomplete and shifting perception of others and ourselves.

As you may already have noticed, I grew quite fond of these three girls. I guess that’s why I couldn’t understand Louise’s decision, later in the novel – one which will change forever her career prospects and her family life. As it was happening, I couldn’t help but silently plead: Oh, Louise, don’t. Please. Yet I knew she would do it. She had, as her school principal, Miss Blaze, noticed, “a quality which had set her apart from her fellows. That quality was delight.” Quite differently from her Methodist upbringing, Louise welcomed life. And that’s why her decision fell so heavy on me, too.

Much as I had wanted something different for her – and had thought she herself would have wanted another life, I understand that this turn, towards the end of the novel, along with the disappearance of Alice’s Jewish friend after a trip to Germany, foreshadows the hard changes yet to come in the second volume of your trilogy, as the war takes off.

One major theme of the book is the exploration of faith. Claire’s one-dimensional beliefs are confronted when she becomes aware that, despite their non belief in God, her friend’s family leads quite a happy life, similar to her own. In the face of the impossibility of rescuing Alice’s friend, Stanley is confronted with an unexplored aspect of his God: Its vulnerability. “God, as the Bible frequently reminded one, was to be found not among the captains and the kings, but among the rejected and defeated, among those already in captivity. God was not strong as man judges strength. ‘Have I never really believed?’ he asked himself. ‘Have I only been in love with ultimate authority?'”

Alice, for her part, also experiences a moment of religious rebellion, when, in rage for her friend’s disappearance, she casts off the God of her childhood, “as if she had opened a cupboard and given everything a good shake and a moth had flown out.” Simultaneously, she experiences an epiphany, one that will provide her with a more ambiguous, intimate God – and with the random and shocking nature of grace: “the God of now and the God beyond the God of now; unattainable, inescapable, unpredictable, suffering from a fundamental inability to obey man’s rules, who might demand of one person crucifixon, and of another that she accepts the gift of life.”

Through the depiction of this family’s life, you explore the strangeness or even violence at the centre of seemingly ordinary events. In the space of a second, during which Judith and Louise exchange glances, you manage to crack open many layers of one reality: “Her mother was looking at her as though one of them was drowning. In this moment, Louise saw how much her mother loved her. She saw that her mother had had such hopes for her and that now they had all gone. She watched hope go, leaving the eyes, usually so bright and challenging, without a single spark.” As the breach between childhood and womanhood/ peace and war widens itself, the girls’ lives also start to crack themselves open.

As much as I know that this heart-warming tale will turn itself into a heart-wrenching one, I’m already hooked in the second volume of your trilogy, Indifferent Heroes (1985). I may never forgive you for what you will do to this girls, my dear, as you carry them through the war years. But, all the same, do expect to read from me soon.

Sometimes, when caught unawares, his eyes seemed to start out of his head, not with anger but an emotion more akin to fear. He had that look about him now as he meditated on the nature of love. Love was so vulnerable.

13 thoughts on “Love was so vulnerable”