Ivy Compton-Burnett (5 June 1884 – 27 August 1969) was an English novelist. She was born in Pinner, Middlesex, as the seventh of twelve children. Her father, James Compton-Burnett, was an homeopathic physician. Her mother, Katharine, was his second wife. Ivy Compton-Burnett grew up in Hove and London. She was educated at home until the age of 14, and then attended Addiscombe College, Hove, in 1898–1901. Afterwards, she boarded for two terms in 1901–2 at Howard College, Bedford, before beginning a university degree in Classics. After graduating, she tutored children at home. Compton-Burnett spent much of her life as a companion to Margaret Jourdain (1876–1951), who shared the author’s Kensington flat from 1919 onwards. Compton-Burnett was appointed a Dame Commander of the Order of the British Empire (DBE) in 1967. She died at her Kensington home, on 27 August 1969. 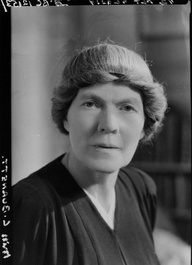 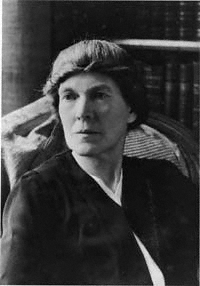